Pay $99 per year for an Amazon Prime subscription (or $10.99 per month) and you get a lot of things: free 2-day shipping on millions of items, access to thousands of streaming movies and TV shows, the ability to borrow some Kindle eBooks (if you have a Kindle reader or Fire tablet), and the option of streaming thousands of songs from Amazon Prime Music.

But soon Amazon may launch a different streaming music option with a much better selection of songs. Reuters reports the new service will be sold separately from Amazon Prime, and will cost $10 per month, much like competing offerings from Spotify, Apple, and Google. 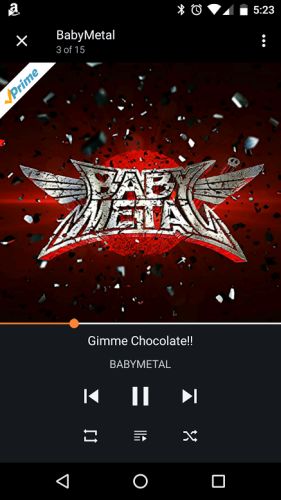 This wouldn’t be the first time Amazon offered a subscription other than Prime. The company’s Kindle Unlimited and ComiXology Unlimited subscription services allow you to access thousand of eBooks and digital comics, respectively.

What makes the idea of an Amazon Music subscription seem a bit odd is that the company already bundles music streaming with its Prime membership plan.

But the number of songs available to Amazon Prime subscribers is pretty limited compared to what you get from Spotify and other companies. And to be honest, even though I’m a Prime member, I rarely find myself using Prime Music because the user interface is pretty horrible: it can be tough to find the music you want and you have to add it to your library before you can start listening. The mobile apps are better than the desktop app, though.

Anyway, Reuters suggests that Amazon wants to be a one-stop-shop for all your digital media, and the existing Prime Music service doesn’t really cut it. So Amazon is reportedly working on new deals with record labels that would make the new service more competitive.

If and when it launches, the service could also make some of Amazon’s existing products more attractive, since it’s likely that the Amazon Music streaming feature would be baked into the company’s Echo, Tap, Dot, Fire TV, and Fire tablet products, giving subscribers another reason to buy those devices… or giving owners of those devices another reason to give some subscription money to Amazon.

The company hasn’t officially confirmed the Reuters report… but we may not have to wait long to find out if it’s true. Amazon is said to be planning to launch the music service in late summer or early fall.