It won’t be long before Firefox 29 goes from being a beta build to rolling out to all of Mozilla’s users. When that happens, the new Australis theme will become the default — and not everyone is happy about that.

Fortunately, you’re not stuck with the new theme if you don’t like it. 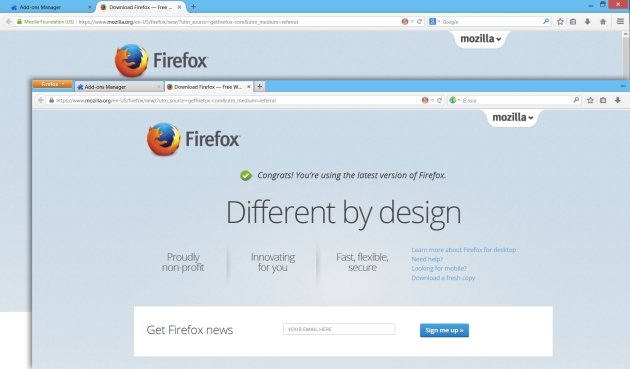 Extension creator and graphic designer Aris has developed a one-click (three, really, if you’re being technical) solution to your problem. It’s called Classic Theme Restorer, and it does exactly what the name implies: it replaces Australis with the Firefox theme that’s been the default since Firefox 4 arrived back in 2010.

It’s a faithful reproduction of Mozilla’s theme, and it underscores one of the greatest things about Firefox. It’s the most customizable browser around. You’re never stuck with the new look when Mozilla decides it’s time for a change. That was true when the big orange button arrived, and it’s still true now that Australis will soon make Firefox look almost as much like Google Chrome as Opera does.

Classic Theme Restorer doesn’t just limit you to making Firefox 29 look like previous versions, however. Georgakis has packed the extension with options, so you can use square or rounded tabs, hide or show the orange menu button, customize element colors, and even disable the new bookmark animation.

If you’re looking for even more classic Firefox tweaks, you can also grab Georgakis’ Classic Toolbar Buttons extension. Install it, and you can switch the new Australis toolbar icons for several different versions. You can go all the way back to Firefox 1 or swap in that Strata icons from Firefox 3, or pick from 20 other options.

You might be ready for Australis some day. Until then, take comfort in knowing that Classic Theme Restorer can postpone the change in Firefox 29+ until you actually want it to happen.

7 replies on “Restore the classic Firefox theme in Firefox 29”