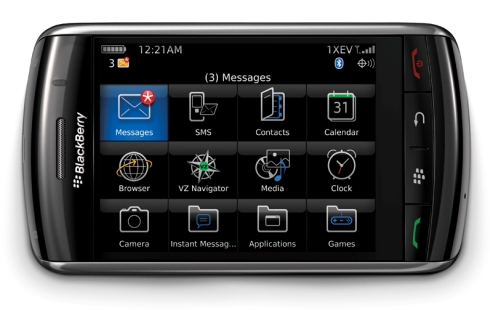 BlackBerry maker Research in Motion is expecting to launch its first BlackBerry tablet in November. And unfortunately Bloomberg reports that it really will be called the BlackPad, despite our best efforts to get the company to reconsider.

According to Bloomberg, the tablet will have a 9.7 inch display, WiFi and Bluetooth, allowing you to connect to the internet by connecting the BlackBad to a BlackBerry smartphone over Bluetooth. The tablet will also have two cameras, one on the front and another on the back, which would let you snap photos and/or participate in video conferencing sessions with the mobile device.

The BlackPad will reportedly run about the same as an Apple iPad, which starts at $499. Of course, there are 250,000 third party apps which run on the iPad, while there are only about 6,000 apps available for BlackBerry devices. So the value proposition might be a bit different. But from what we’ve been hearing, RIM plans to position the BlackPad not just as a standalone tablet but as a device that works with BlackBerry phones which allows you to access BlackBerry content on a larger display.

So if you’re already invested in the BlackBerry platform for one reason or another, the BlackPad might be an attractive alternative to Apple’s tablet. Maybe?

3 replies on “Research in Motion’s BlackPad tablet to launch in November?”