A few years ago Republic Wireless launched a cellular service offering unlimited talk, text, and data for as little as $19 per month thanks to a unique (at the time) system that routes your calls and messages over WiFi whenever you’re near a hotspot.

Now the company is killing off its unlimited plan… but that could actually save you money in some situations. That’s because Republic Wireless is now offering a plan that will refund you for data you don’t use each month. 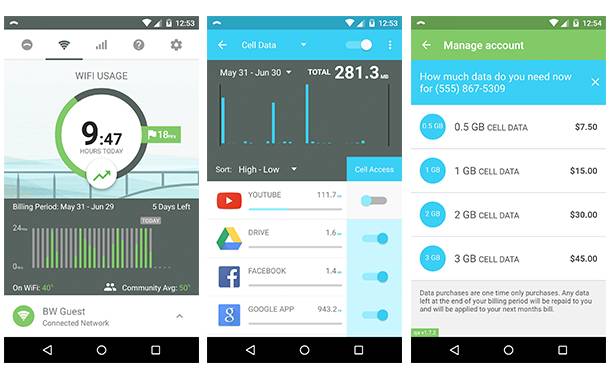 Here’s how it works: you sign up for a new Republic Wireless plan and pay $10 for the base plan which includes unlimited talk and text on the cellular network. Then add $7.50 for each 500MB of cellular data you think you’ll need.

Only use 300MB of mobile data? Republic Wireless will refund you $3 at the end of the month. That means your bill payment will only come to about $14.50 for that month.

During a trial of the new Republic Refund plan, the average participant paid just $14.78 per month.

Of course if you’re not average, you might use a lot more than 300MB of data each month and you could end up paying a lot more under the new plan that you would have under Republic’s original unlimited offering. In that case, you might be better off looking at alternatives including:

If you expect to use less than 1GB of data per month, most of those alternatives will still be more expensive than Ting. But at least you won’t have to deal with a hybrid WiFi + cellular network.