So you’ve been thinking about signing up for Republic Wireless due to the mobile carrier’s relatively low-cost phone plans… but you’ve been disappointed in the selection of phones available from the company.

Good news: now you can bring your own phone.

Bad news: That’s only true if you have one of the nine devices that are currently supported. 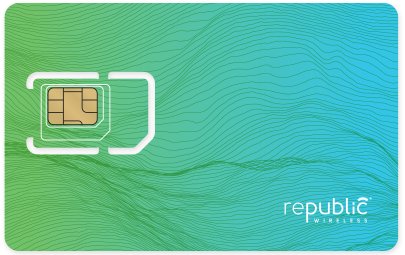 It’s possible the list could get longer in the future: Republic Wireless is asking users to fill out a survey to let the carrier know which phones you’d like to see supported.

Still, if you do already have a supported device and weren’t looking forward to paying full price for a new phone just so you could switch carriers, it’s nice to have the option of spending $5 instead of $400.

Republic Wireless, by the way, was one of the first companies to combine WiFi and cellular data in order to offer low-cost phone plans. When you’re connected to WiFi your calls will be routed over that network instead of a cellular network. If you move out of WiFi range while you’re still talking, the call should be seamlessly transferred to a mobile network.

Prices start at $20 per month for 1GB of cellular data plus unlimited talking and texting (or just $15 if you don’t need any mobile data).

via Android Police and Republic Wireless