The next major version of Windows may sport features aimed at desktop and notebook users who have been reluctant to leave Windows 7 behind. That includes the return of a Windows Start Menu, and 2-in-1 devices will be able to automatically switch from a desktop mode to a tablet user interface depending on how you’re using the device

But two different reports suggest that Microsoft will also be doing away with desktop mode altogether on smaller tablets. 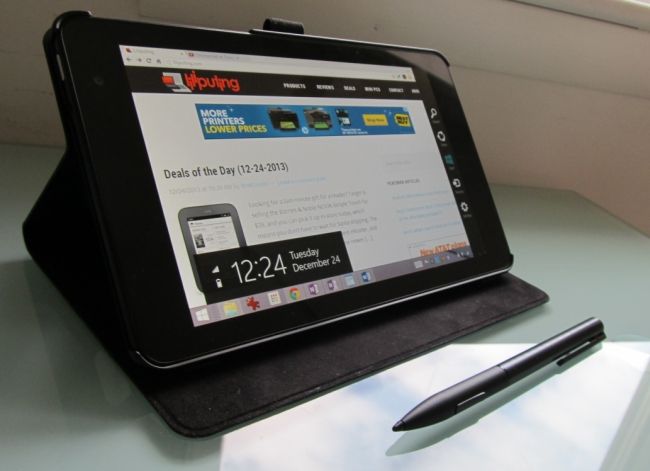 Windows 9 (or whatever it’s eventually called) will reportedly run on a wide range of devices including desktop, notebook, and tablet PCs. There will also be a version of Windows that runs on both smartphones and ARM-based tablets. This will consolidate today’s Windows RT and Windows Phone software.

There’s no desktop mode on Windows Phone devices, but Windows RT tablets like the Microsoft Surface 2 do have a desktop… there’s just not much you can do with it since you can’t install third-party desktop apps. What you can do is run Microsoft Office — which makes sense because Office is one of the key things that differentiates a Windows tablet from the competition (or at least it did until Office hit the iPad).

But Office can be tough to use on a small device, especially if you don’t have a keyboard, mouse, or touchpad handy. Microsoft is working on a touch-centric, tablet-friendly version of Office for Windows and it’ll probably be released before Windows 9 hits the streets.

So it’s not a big surprise that Microsoft is thinking about removing desktop functionality from small tablets in the next version of Windows — you’ll still be able to use Office, but you won’t feel as much like you’re running a stripped down version of a “real” Windows tablet because you won’t see a useless Windows desktop. Instead these next-gen Windows tablets will be to a full-fledged Windows laptop what an iPad is to a MacBook: a complimentary device running a related operating system.

But the rumor is that Microsoft isn’t just killing desktop mode for ARM-based tablets. It could also be missing from upcoming tablets with Intel Atom processors.

Hopefully that only applies to small Windows tablets with Intel chips. In my experience, desktop mode really is virtually useless on an 8 inch tablet unless you plug in not only an external mouse and keyboard but also an external display. It can be tough to see text and tough to tap small points on the screen in desktop mode on a small Windows tablet.

But 10 inch and larger tablets like the Acer Aspire Switch 10, Asus Transformer Book T100, and Dell Venue 11 Pro are also powered by Intel Atom processors — and they all work with keyboard docks that let you use the tablets like notebooks. It’d be a shame to see desktop mode removed from devices like these since they’re actually quite usable as compact notebooks with an optional tablet mode.

39 replies on “Reports: Say goodbye to the desktop on small Windows tablets”