Microsoft has been working aggressively to get its software onto low-cost tablets. Earlier this year the company announced that device makers could load Windows 8.1 software on tablets or phones with 9 inch or smaller screens without paying a license fee.

Now it looks like Windows might also be free for use on tablets with larger screens — as long as they sell for around $250 or less. 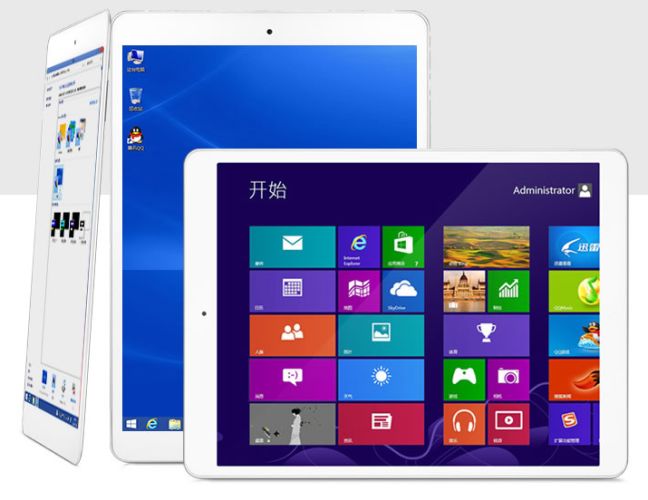 According to reports out of China, Microsoft is extending its free Windows deal to at least a few white box tablet manufacturers. That could help explain the existence of tablets like the Onda V975w which sells for about $250 and features a 9.7 inch, 2048 x 1536 pixel display, an intel Atom Z3735D Bay Trail processor, 2GB of RAM, and 32GB of storage.

Note that Microsoft hasn’t confirmed that it’s expanding the extent of its free Windows licensing.

Up until recently these companies had primarily been cranking out Android tablets. But with Intel working to bring down the cost of x86 processors and Microsoft making Windows price competitive with Android, we’ve seen a growing number of cheap Windows tablets hit China recent months.

As Mike Cane points out, this helps explain how companies including Teclast and Onda have been able to introduce dirt cheap tablets with 9.7 inch screens — they’re not paying for Windows licenses.

While the move could help Microsoft gain a foothold in the tablet space, it remains to be seen what kind of long-term impact the free Windows deal would have. If and when Windows becomes a major player in the space, the company could start charging license fees for software… and device makers will have little choice but to pay up (and possibly increase the retail prices of their tablets) if there’s proven consumer demand.

Alternately if the only thing that draws shoppers to low-cost Windows tablets is the low cost, the move could hurt Microsoft’s bottom line unless the company takes a page out of Google’s book and transitions from a business that makes its money selling software like Windows and Office to one that makes money through advertising and subscription services.

via 1Pad and Digitimes (I know, I know…)

8 replies on “Reports: Microsoft Windows now free for all $250 or cheaper tablets”