Intel recently announced plans to layoff 11 percent of its workforce as the company shifts its focus from PCs to the cloud… now we’re starting to get an idea of what that will mean for the company’s line of chips for personal computers: the low-power, entry-level Atom chip family is being phased out.

Those are the chips commonly used in cheap, low-power tablets, notebooks, and 2-in-1 devices.

Cherry Trail chips have a bit of life left in them, but the planned Broxton chips that were set to replace them have been cancelled. And Intel does still plan to launch new low-power Celeron and Pentium chips based on the Apollo Lake platform soon.

Update: It turns out the Atom brand is alive and well… but it’s not being used for smartphone, tablet, or notebook chips anymore. Instead, Atom chips are powering new embedded and IoT-oriented devices like Intel’s new Joule system-on-a-module development platform. 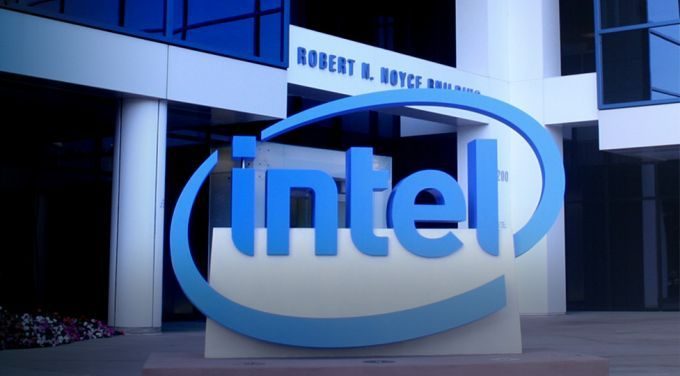 As Forbes reports, Intel is also cancelling its SoFIA chips designed for smartphones and other  lower-power devices. 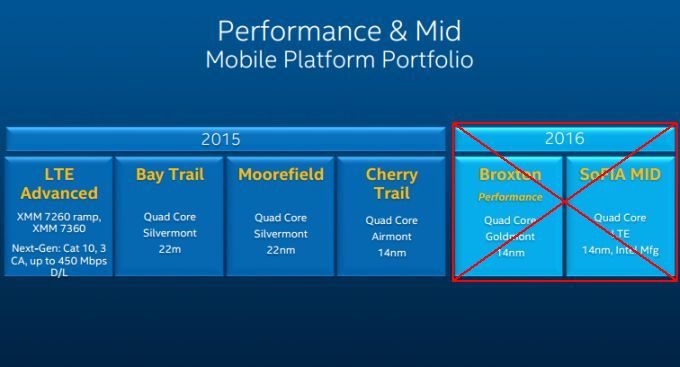 Honestly, neither of these things should come as a surprise if you’ve been following the PC space in recent years. Device makers are practically giving away tablets and low-cost laptops with Intel Atom processors.

There’s not much profit to be made in the space. Microsoft even gives away its Windows software to makers of small tablets in an effort to just get more users in the space… and to make its operating system somewhat competitive with Android, which is also free for device makers to license.

So while it’s been a rather exciting time for customers looking for a decent laptop for under $200, I’m not surprised to see Intel decide to focus on more profitable areas. 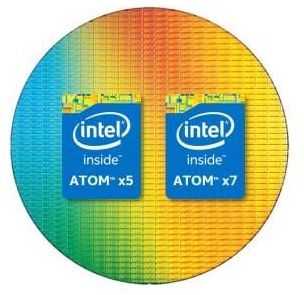 Does this mean that low-power laptops and tablets are dead?

Nope. An Intel spokesperson tells Liliputing that the company will “continue to work with OEMs to develop new 2-in-1s based on Apollo Lake” as well as Intel Core M chips. So while Atom chips will eventually be phased out, we’ll continue to see low-power tablets that offer somewhat better performance… most likely at a higher cost.

And the company will continue to push its Core M chips for higher-priced, higher-performance devices. These chips don’t use much more electricity than an Atom processor, but offer significantly better CPU and graphics performance. Computers with Core M processors often sell for twice the price (or more) of a similar model with an Atom chip, though.

For instance, the 2016 Intel Compute Stick mini PC with an Intel Atom Cherry Trail processor is priced at about $140, while a model with a Core M processor sells for closer to $400. 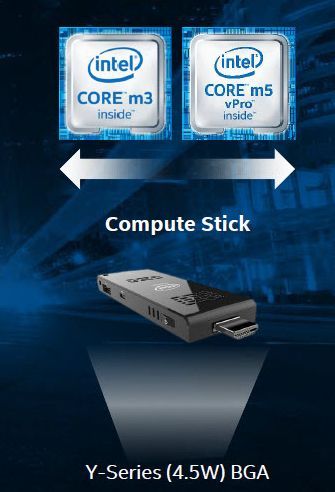 It’ll be interesting to see if Intel’s move away from the chips used in sub-$200 devices leaves an opening for rivals like AMD or some of the many chip makers using ARM designs.

While you can’t run the full Windows 10 operating system on an ARM chip, Chrome OS and many Linux-based operating systems work just fine. And Intel’s decision to get out of the Atom space will have little to no impact on some of the most popular tablets including Apple’s iPad lineup, Amazon’s Fire tablets, and Android tablets from Samsung, Asus, and others.

I’ve seen some headlines suggesting that Intel is giving up on tablets altogether, but ending the Atom line of chips really just means the company is giving up on cheap tablets. We’ll continue to see high-end tablets and 2-in-1 devices like the Microsoft Surface Pro. 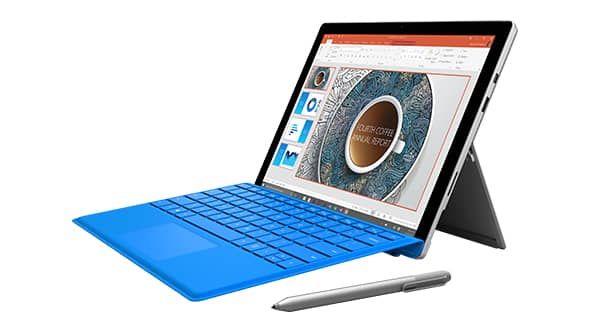 What this means for entry-level Surface tablets remains to be seen (the $499 Microsoft Surface 3 has an Intel Atom x7 Cherry Trail processor).

Something else to keep in mind: Intel’s Atom chips were kind of synonymous with netbooks for a few years before they started showing up in mini-desktops (remember nettops?), tablets, and larger notebooks. But the laptop that was arguably the first consumer netbook didn’t have an Intel chip. The Asus Eee PC 701 launched in 2007, it had an Intel Celeron processor because Intel hadn’t released an Atom chip yet.

But the Eee PC was a tiny laptop priced at under $400 at a time when that was unheard of. By using available low-cost components, Asus managed to produce an affordable portable. I suspect if device makers still see demand in this space, they’ll find a way to continue doing that, whether Intel offers chips specifically designed for the purpose or not.