ZTE and Huawei are two of the world’s biggest smartphone makers, but the Chinese companies have been having a hard time breaking into the US market since Congress issued a report warning telecommunications companies not to use ZTE and Huawei products due to national security threats.

This week ZTE was dealt another blow when the US Department of Commerce ordered American companies not to sell products (including Qualcomm processors) to the phone maker for the next 7 years, as a penalty for violating trade sanctions with Iran and North Korea.

And earlier this year Huawei had been reportedly planning to launch its first phone in partnership with a US wireless carrier, only to have the deal scrapped at the last minute.

Now it looks like Huawei may have had enough: the company has laid off some of its top officials in the US and announced that it’s going to shift its focus to existing markets including Asia and Europe. 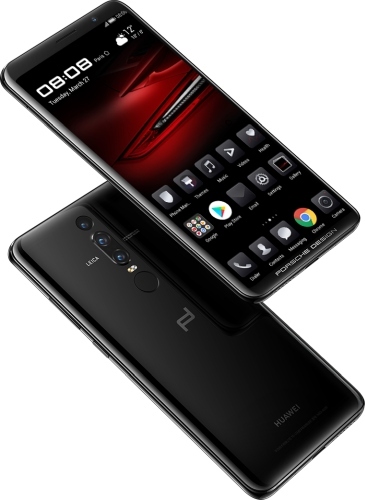 According to reports from the New York Times and the Wall Street Journal, Huawei laid off five people last week, including William Plummer, who’s headed up the company’s lobbying efforts in Washington DC for nearly 8 years.

Meanwhile, Huawei deputy chairman Zhijun Xu says the company says it continues to see opportunities for growth in Europe and Asia, along with possibilities to expand beyond wireless carriers.

Right now Huawei may be best known to readers of this website for its smartphones, tablets, and laptops. But the company is also one of the world’s top suppliers of telecommunications equipment. So far it’s mostly provided that technology to wireless carriers, but the New York Times reports Huawei could expand its target market to include governments, police departments, and factories.

That makes sense at a time when all sorts of organizations are preparing for the rollout of 5G networks that are expected to not only power smartphones, but also billions of connected devices including cars, appliances, and other IoT (Internet of Things) devices.

While the US is a fairly big market, it’s probably not one that Huawei needs to penetrate to survive. There are more than twice as many people living in Europe as the US, and four times as many in China alone. As more of the world’s population comes online, a global company like Huawei can probably afford to skip markets where they aren’t wanted, even developed and relatively affluent markets like the US.

As to the security concerns expressed by US officials? It’s tough to say whether they’re warranted or not. Huwaei and ZTE claim to be independently owned companies rather than state-run businesses. But that doesn’t mean that Chinese intelligence agents couldn’t be compromising products delivered to the US, with or without help from those companies.

That hasn’t stopped other countries from allowing Huawei and ZTE to sell products to wireless carriers and individual customers, and maybe a better approach to fighting against these companies is to require strict security inspections of products delivered to the US… but it’s always possible that inspectors could miss something.

For now you can still buy Huawei and ZTE phones and other devices in the United States. You just probably won’t find them at the AT&T, Verizon, Sprint, or T-Mobile stores. Instead you’ll have to buy your own phone, pay full price, and bring it to the carrier of your choice.

5 replies on “Reports: Huawei may be giving up on US market due to pressure from Washington”