Google made it easy for anyone to get a taste of virtual reality when the company launched Google Cardboard a few years ago. Throw your smartphone into a cheap cardboard case with special lenses and you can experience 360-degree videos, apps, or virtual big-screen movies for a few bucks.

But this year we’re starting to see the launch of high-power VR systems from Oculus, HTC, and Sony, as well as new hardware from Chinese companies.

So Google is expected to try something new. Earlier this year we’d heard that the company was going to be launching a more powerful VR system called Android VR. Now a handful of new reports have surfaced, suggesting that we could see Android VR announced as soon as next week. 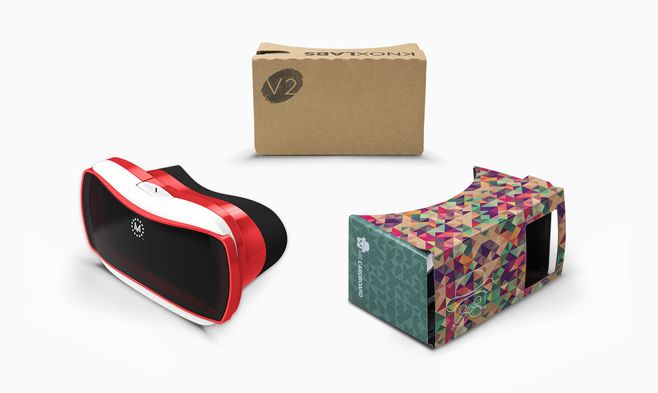 Gizmodo and Engadget founder Peter Rojas says the system will be announced next week, that it’s a dedicated headset (which doesn’t require a phone), and that it offers a better experience than Samsung Gear VR (which does use a smartphone as a display/processor), but not as good as an HTC Vive or Oculus Rift.

Android Police elaborates with a few more details, with the caveat that they come from a single source and haven’t been independently confirmed yet.

If the report is accurate though, Android VR may include a handheld controller as well as a headset, although it’s not clear if we’re talking motion controllers or gamepads.

There’s no word on how much Android VR will cost, whether there will be an entirely new user interface for navigating the VR experience, or if some or all of the Android VR features will be available for folks that prefer using a cheap Cardboard-style headset to spending hundreds of dollars on new hardware.

It’s also worth noting that Google will hold several sessions related to virtual reality at its Google I/O developer conference next week. So don’t be surprised if we hear more about Android VR during the keynote and/or those sessions.