Google currently has “no plans to share” about any future Chromebook Pixel laptops. But that doesn’t mean the company isn’t working on one.

Rich Osterloh, Google’s vice president of hardware made that clarification in a tweet this week, following a report that made the rounds a few days ago that quoted him saying there are no plans for a new model. 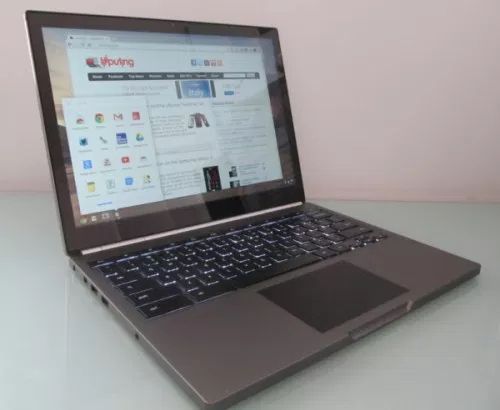 The first Chromebook Pixel laptop launched in 2013, at a time when most Chromebooks were low-cost alternatives to Windows and Mac laptops. It was anything but a low-cost device, thanks to a high-resolution display, excellent keyboard, and premium specs.

Google followed up with a second-gen model two years later. It wouldn’t be a big surprise if that means a 3rd-gen version is coming later this year, but the company isn’t ready to talk about any new Chromebook Pixel products that may ore may not be in the pipeline.

Meanwhile, the company continues to work with companies like Samsung, Asus, Acer, Dell, and HP to release Chrome OS products in a wide range of styles and price points. Some devices are tiny desktops. Others are notebooks, convertibles, or all-in-one desktop PCs.

It’d make sense if the company decided there wasn’t as much need for a flagship Chromebook as there once was. But it’s not like Google has given up on making its own hardware: after years of partnering with Android phone makers to launch a line of co-branded Nexus products, Google launched its own Pixel smartphones in 2016. They go head-to-head with the latest flagships from Samsung, HTC, LG, and others in the market.

So maybe the Chromebook Pixel isn’t going anywhere just yet either.

But if you’re looking to pick up a 1st-gen or 2nd-gen model, you’re probably going to have to put in a little work. They’re out of stock at the Google Store. But you can find several recent Acer and Samsung Chromebooks there.