Last month Microsoft released a Consumer Preview of Windows 8 allowing anyone to download and try out an early version of the company’s next-generation operating system. Now Bloomberg reports that the real thing could be here as soon as October. 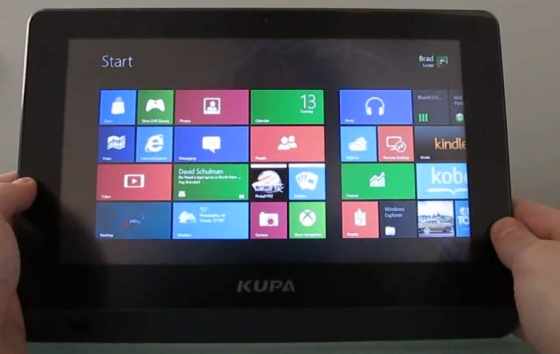 Windows 8 is the first operating system from Microsoft designed to run on computers with x86 or ARM-based processors while offering both a new touch-friendly user interface and a traditional desktop-and-taskbar mode.

According to Bloomberg, about 5 Windows 8 devices with ARM-based chips will be available in October, while about 40 machines with Intel processors should launch that month.

I’d take those details with a grain of salt. A lot can change between now and October, but if Bloomberg’s sources come from inside Microsoft, it’s likely that they’d have a good idea of which device makers will have early access to the operating system in order to load it on products that will ship this fall.

The x86 version of Windows 8 will also be available for customers to purchase and install on existing computers. The new operating system should run reasonably well on pretty much any computer that can comfortably handle Windows 7. The system requirements haven’t really changed.

That might not really matter very much though. Intel has been making great strides in reducing power consumption for its x86 processors, and I suspect you’ll see Intel Atom-powered tablets later this year that offer similar performance and similar battery life to ARM-based systems, while also being able to run older Windows apps.

Windows on ARM can only run software that’s been designed to support ARM architecture, so developers that have written apps for older versions of Windows will have to update them before they can run on ARM tablets or laptops.

One reply on “Report: Windows 8 could be ready to go in October”