Microsoft’s Surface Neo dual-screen tablet running Windows 10X was supposed to be ready to ship in time for the 2020 holiday season.

But according to a new report from ZDNet’s Mary Jo Foley, Microsoft is pushing back the release date until next year. Windows 10X is still expected to ship this year — but Foley says Microsoft will emphasize single-screen devices for now.

That means the company also won’t allow third-party PC makers to ship dual-screen or foldable computers with Windows 10X until next year at the earliest either (although there’s nothing stopping them from releasing dual-screen PCs with Windows 10 Home or Pro). 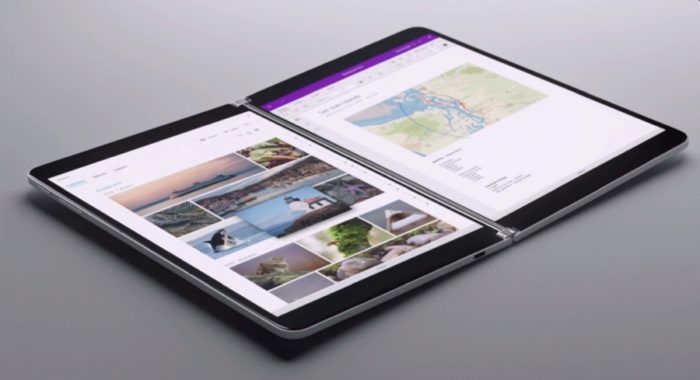 That’s… an interesting move, because when Microsoft first unveiled Windows 10X it sounded like the whole point of the operating system was to offer a streamlined experience for dual-screen and foldable computers.

But over time it became clear that Windows 10X isn’t just for devices with multiple screens. Instead it’s a new version of Windows that offers some of the simplicity and security of Chromebooks along with the versatility of Windows 10.

For example, while Windows 10X support both Windows Store/Universal Windows Platform apps and legacy Win32 apps, every app you install will run inside of a container so that it’s isolated from the core operating system. That means apps can’t alter system files or make registry changes, so a Windows 10X computer with hundreds of apps installed should boot just as quickly (and securely) as one with no third-party apps installed.

Operating system updates can also be downloaded and installed in the background, so it should take about 90-seconds to reboot after installing a major update… which could be a huge improvement from the minutes or hours that updates can take on other versions of Windows.

The user interface is also a bit more touch-friendly than the desktop version of Windows 10, with a full-screen app launcher, for example. 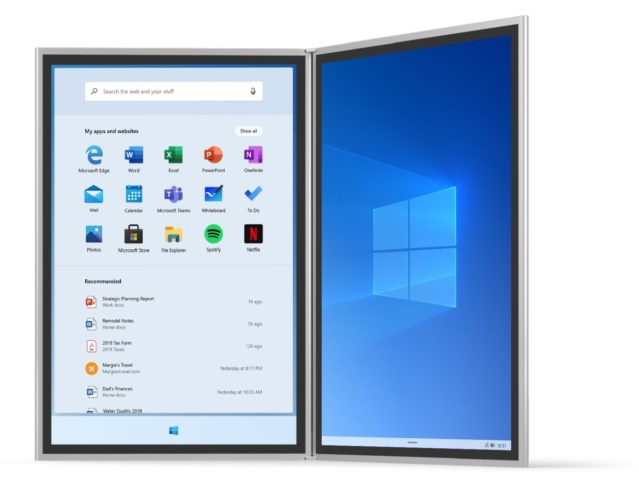 All of which is to say that it’s interesting to see Microsoft focus on pushing Windows 10X for single-screen devices including laptops and 2-in-1 computers with detachable keyboards. These are the same sort of computers that you’d normally expect to ship with Windows 10 Home or Pro… and Microsoft’s past attempts to introduce new versions of Windows that behave differently haven’t always been well received.

Shipping a new version of the OS along with a new form-factor such as the dual-screen Surface Neo seemed like a smarter/safer bet, because customers wouldn’t have the same expectations as they would for a more traditionally designed computer. Now it seems likely that the first PCs to ship with Windows 10X may be going up against similar hardware with a more familiar operating system, which… seems risky. 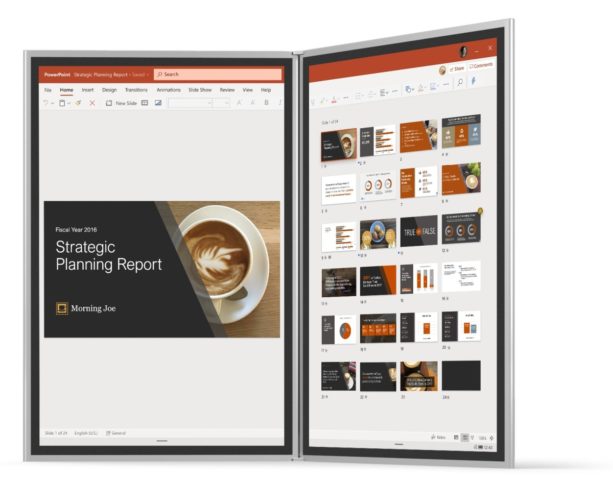 According to Mary Jo Foley, there’s no indication that Microsoft’s other dual screen device has been delayed. So we could still see the Surface Duo smartphone with Google Android software ship in time for the 2020 holiday season, as originally planned.

One reply on “Report: Surface Neo and other dual-screen Windows 10X PCs pushed back to 2021”