A number of wireless carriers are reportedly planning to block online advertising on their networks. Don’t like ads? Then that might sound like a good thing. But it poses a few interesting questions. 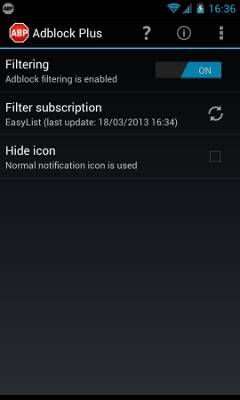 According to a report from the Financial Times, more than one mobile operator is considering flipping the switch on technology that would prevent ads from showing up on your smartphone, tablet, or other device when they’re used on the network.

It’s possible the service could be an opt-in thing, where customers would have the choice of whether or not to use the ad blocking software. But at least one operator is considering going all-in and blocking all ads.

On the one hand, this would probably help websites, games, apps, and anything else that includes advertising to load more quickly. On the other hand, if millions of people suddenly stop viewing and interacting with ads, that could have a big impact on the business of publishing content for mobile devices: news organizations, game makers: web publishers, game developers, and others might have to scale back their content or find new revenue streams.

It’s not clear that we’ll get to that point though, because there’s a chance regulators could put a stop to this kind of network-level ad blocking. Net Neutrality rules in the US and Europe basically assert that internet service providers need to treat different types of traffic equally: and that includes ads as well as the stuff you’d probably consider “content.”

There’s nothing stopping users from installing ad-blocking software on their own (at least on devices that support software such as AdBlock Plus or uBlock). But when ISPs start to prioritize traffic, there’s a question of whether they’re doing it for your benefit or their own.

In this case the question is already answered by that Financial Times article: one unnamed executive at an unnamed carrier said the ability to prevent millions of people from viewing Google ads, for a day or less could bring Google to the negotiating table, where the carrier would try to get Google (or other online advertisers) to pay for access to the ISP’s network.

In other words, ad blocking is being used as a bargaining tool, not just a way to make mobile content load more quickly on your phone.

29 replies on “Report: Some mobile carriers could block ads”