You probably already have a computer or two, a smartphone, and maybe a tablet. So over the past few years consumer electronics companies have been looking for the next thing to sell you, and many settled on smartwatches or other wearables.

At one point or another, virtually every big smartphone maker launched a smartwatch, although the wearable space has long been dominated by fitness trackers from companies like Fitbit.

But while Apple’s Tim Cook says the Apple Watch set new sales records this holiday season, a new report from eMarketer suggests wearables aren’t as hot as many companies had hoped. 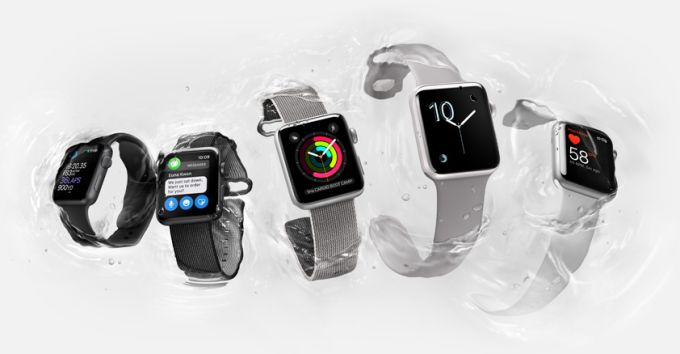 The company says this year “39.5 million US adults will use a wearable device” that connects to the internet at least once per month. But that number fall shorts of the nearly 64 million eMarketer had expected.

A little over a year ago the company predicted a 60 percent growth in wearable usage in 2016, but as the year draws to a close, the real number is closer to 25 percent.

This isn’t the first sign of trouble in the wearable space. IDC reported in October that worldwide shipments were down more than 50 percent from the same period a year earlier. Motorola has put plans for next-gen smartwatches on hold indefinitely. And smartwatch pioneer Pebble recently sold its assets to Fitbit and shut down most operations.

I always thought smartwatches were a hard sell, or a niche product, at best. Most are only useful if you already have a smartphone that can pair with the watch… and if you have a smartphone you may not need a smartwatch, since many functions are duplicated.

Sure, they open up the possibility of doing some things more quickly, but why spend hundreds of dollars on a device that saves you a second or two when you could just buy a traditional watch that may cost less and which won’t feel outdated in a few years?

On the other hand, I have been wearing a fitness tracker for the past 3 years in an effort to make sure I don’t get blogger belly by sitting on my behind all day while I work. A treadmill desk helps with that, but only if I actually remember to walk, which my Fitbit One helps with. But the only time I’ve ever felt the need to replace a fitness tracker is when I lost the Withings Pulse that had been clipped to my belt for 2 years.

There’s not a lot of profit in selling gadgets that people don’t need to upgrade or replace very often, which makes me wonder if the fitness tracker bubble will burst.

Or maybe someone will actually come up with a killer app for wearables that will move them beyond niche products.