Samsung and Google may be cozy these days, what with Samsung launching an Android Wear watch, and the two companies launching a cross-licensing deal. But that doesn’t mean Samsung wouldn’t like to have more control over the software on its devices.

So it’s probably no surprise that there are a number of new Samsung phones featuring the Tizen operating system on the way. 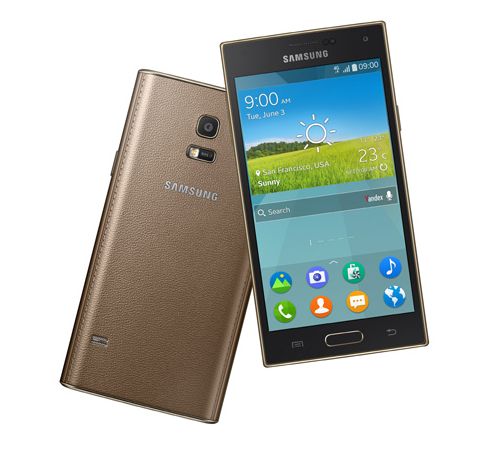 Tizen is the Linux-based operating system that powers the Samsung Gear 2 and Gear 2 Neo smartwatches. Samsung also uses Tizen on cameras and plans to bring it to televisions.

Samsung doesn’t own Tizen — it’s an open source operating system managed by the Linux Foundation, but Samsung is one of the biggest contributors. Tizen is also highly customizable, giving Samsung and other companies more control over the look, feel, and general behavior of the operating system than they get with Android devices… kind of.

Android is open source, so companies can do whatever they’d like with it. But if they stray too far from Google’s guidelines they don’t get approval to use some of Google’s key apps and features including the Play Store, Play Services, and official Gmail and Google Maps apps. That’s why you won’t find any of those things on the Amazon Kindle Fire line of tablets, even though their Fire OS software is based on Android.

Samsung sells more Android smartphones than any other company, so it’d be foolish to dump Android entirely and try something new. But the company is hedging its bets a bit by launching Tizen phones first in developing markets.

The first is the Samsung Z, a 4.3 inch phone with a 720p display and solid mid-to-high end specs.

According to @UpLeaks, Samsung could launch several new models in India… although some of those models could just be variations of the Samsung Z. 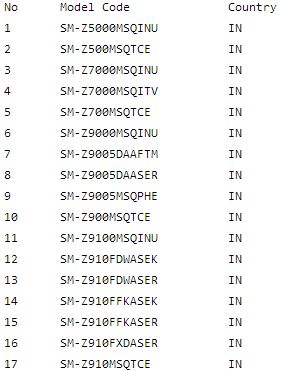 The report includes individual SKUs for 17 different models, although it’s likely that some of these phones are minor variations of one another.

They all start with the model number SM-Z, but we already know that the Samsung Z’s model number is SM-Z910, which suggests that the Z500, Z700, and other models could feature different specs.