Samsung’s DeX platform lets you connect some of the company’s latest smartphones to a dock to use the phone like a desktop computer. Soon you may be able to do the same thing with a Samsung tablet.

According to SamMobile, the upcoming Samsung Galaxy Tab S4 will be the first Samsung tablet with DeX support.

It will also be the first DeX-capable device with dual monitor support. No, that doesn’t mean you’ll be able to plug in two external displays. What it means is that you’ll be able to use the tablet screen and a second screen at the same time. 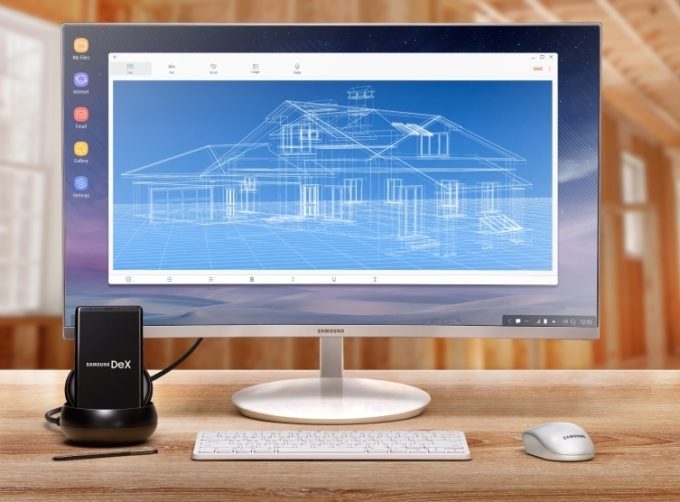 DeX lets you connect a phone to a keyboard, mouse, and monitor so you can run Android apps in a Windows-like desktop view, complete with a taskbar, launcher, and status notifications at the bottom of the screen.

Instead of running in full-screen windows, apps can also run in smaller windows that you can move around the screen, allowing you to easily see multiple apps at the same time.

Eventually Samsung plans to launch a Linux on Galaxy feature that will make DeX even more desktop-like by letting you run desktop GNU/Linux software.

The ability to use a tablet as a second screen would give you even more screen real estate while using DeX. But it’s unclear exactly how Samsung expects you to connect the tablet to a display or other accessories.

Right now there are only two DeX docks: a stand called the DeX Station, and a flat version called the DeX Pad lets you use a phone as a touchpad while it’s connected to an external display. Neither of those devices are large enough for a tablet. So it’s likely Samsung will either offer a new dock or build DeX functionality into an upcoming tablet cover with a built-in kickstand feature.