Most major electronics companies seem to have a smartwatch available or coming soon. But according to a report from Strategy Analytics, Samsung is going to be the company to beat.

The report suggests that Samsung shipped half a million smartwatches in the first quarter of 2014, which is enough to account for more than two thirds of all smartwatches shipped in that period. 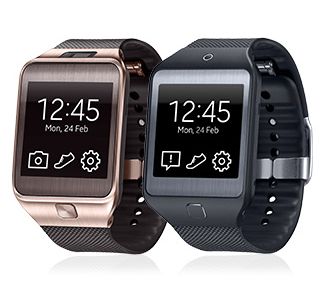 Keep in mind, it’s not hard to have 71 percent market share of a market segment that barely exists — especially when Samsung and its carrier and retail partners have done things like bundle smartwatches with phone purchases.

Still, with Sony and Pebble already in the smartwatch space, LG and Motorola planning to enter soon, and other companies including Acer, Asus, and Apple expected to launch their own models eventually, plenty of folks in the consumer electronics industry seem to think the demand for wearable smartphone companions will be huge.

Of course, consumer electronics companies thought the  same thing about 3D televisions a few years ago…

At this point it’s probably a bit too early to tell whether the growth in the smartwatch space is because there’s consumer demand for devices like the Samsung Gear 2 or if it’s because PC and phone makers are looking for the next big thing to sell you.

Strategy Analytics says shipments in the first three months of 2014 were 250 percent higher than the same period in a year ago. But shipments aren’t sales… all we know is how many devices companies like Samsung have put on store shelves, not how many of those units people have actually taken home.