Motorola’s either working with Google on the next Nexus smartphone, or the rumor mill’s got some ‘splaining to do. Leaks have been coming out for months, and now the folks at 9to5Google claim to have more details.

They’ve created a mockup image which they say is based on the design of a real device which they says will likely be announced in October and released in November. 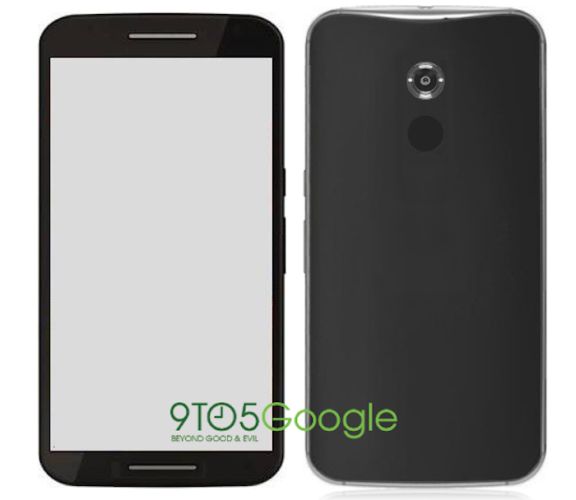 The phone could be called the Nexus X, Nexus 6, or something else. It’s currently code-named “Shamu.”

It reportedly has a 13MP rear camera, a 2MP camera, and the ability to shoot 4K video. At least one model will feature 32GB of built-in storage.

In terms of design, the phone looks a lot like Motorola’s recently launched 5.2 inch Moto X. But since it has a larger, higher-resolution display some of the buttons have been moved to make them easier to reach. The power and volume buttons are closer to the center of the phone, where you can reach them with a thumb while holding the device.

The prototype 9to5Google is familiar with doesn’t have any Nexus branding yet, but that will likely change by the time the phone is released.

Smartphones with large displays are all the rage these days. The Samsung Galaxy Note line of phones kicked of a trend toward phones with larger-than-5 inch screens and after years of keeping screen sizes small, even Apple has released a phone that many consider a “phablet” this year. So it wouldn’t be surprising to see Google’s next Nexus phone launch with a nearly tablet-sized screen.

But while a Snapdragon 805 CPU and 1440p screen sound nice, I’ll probably hang onto my Nexus 5 for a while. It’s still plenty fast… and it fits into my pocket.

What about you? Would you buy a 5.9 inch Nexus phone?