The Apple Watch may have just hit the streets, but Apple is reportedly working on a next-gen model which will support additional features thanks to hardware improvements.

Among other things, the Apple Watch 2 is said to include a camera for FaceTime video calls, support for connecting to WiFi networks so you can perform many tasks when your iPhone isn’t nearby, and new designs. 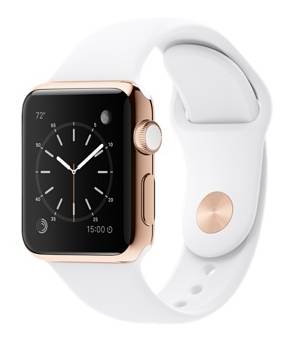 Apple hasn’t confirmed the new features yet, but the folks at 9to5Mac say they’ve spoken with sources who say the Apple Watch 2 will launch in 2016 and will feature WiFi, a camera, and similar battery life to the current model (which means you’ll need to charge the watch every night).

On the one hand it isn’t surprising that a new watch could ship a year after the first: Apple launches new smartphones, tablets, and laptops on an annual basis. Why not watches?

On the other hand, folks who spent $10,000 or more on an Apple Watch Edition might not be that happy to find out that their hardware is incapable of running some apps and using some new features just a year after buying the device.

That’s one of the big differences between luxury watches and all of the other product categories Apple is involved in: people who spend a lot of money on watches tend to pay for quality craftmanship and they expect to keep their devices for years, or even decades. Nobody really expects a smartphone to last for 10 years.

I wouldn’t be surprised if Apple offers some sort of trade-in or upgrade program to soften the blow.

According to 9to5Mac, Apple also plans to launch new models next year, which will fill in the gap between the Apple Watch (which currently starts at $550) and the Apple Watch Edition (which starts at $10,000). So we can expect to see watches in the $1,000 and up price range.

5 replies on “Report: Next-gen Apple Watch to get a Facetime Camera”