Apple launched the first Apple TV box more than 8 years ago, offering users a way to watch iTunes content on a TV. Since then the company has improved the hardware and added support for streaming content from other devices through AirPlay.

But the $69 Apple TV the company sells today isn’t really all that different from the models the company has been offering since 2010.

According to several news reports though, 2015 could be the year Apple completely overhauls the Apple TV experience. 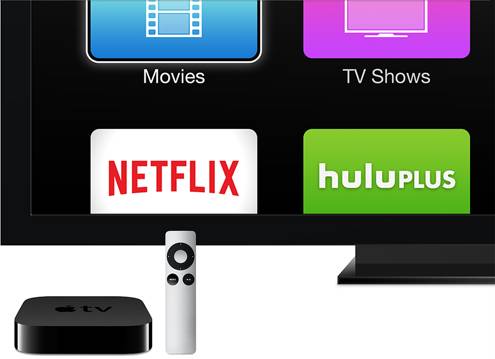 We recently heard that Apple could be preparing to launch an internet TV service this fall, allowing customers to pay $30 to $40 per month to access live and on-demand content from more than 2 dozen TV channels.

Now Buzzfeed News is reporting that Apple will introduce a new version of the Apple TV box at WWDC in June, as well as new software for the Apple TV platform.

The new box is expected to feature a chip that’s similar to the Apple A8 processor used in the iPhone 6 and 6 Plus (which would be Apple A5 chip found in current Apple TV models). It’s also expected to feature more than the 8GB of storage included in the latest model and support for voice input.

Perhaps more significant though, will be the updated software. Among other things you’ll be able to use Apple’s Siri voice assistant to control the box or search for content. There will also be an SDK that allows app makers to create software that will run on the Apple TV and an App Store which will let users find and download third-party apps.

Right now the Apple TV runs a fairly small number of apps compared to the hundreds or thousands available for competing devices such as boxes from Roku, Amazon, and Google.

It’s not clear which, if any, of the new software features will be available via an over-the-air update for current-generation Apple TV boxes. While the company recently slashed $30 off the price of the 3rd-gen Apple TV, it might be worth waiting a few months to find out more about the next-gen model before spending money on a box that might not able to support live TV, third-party apps, or Siri.