Apple’s smartphones, tablets, and whatever the iPod touch is have supported multitasking for years. But so far that’s only meant you could switch between apps running in the background and maybe listen to music from one app while you’re looking at another.

But soon you may be able to see up to three apps on the screen at the same time… at least on iPads.

According to 9to5Mac, Apple could unveil support for a split-screen, dual-window mode at WWDC in early June. 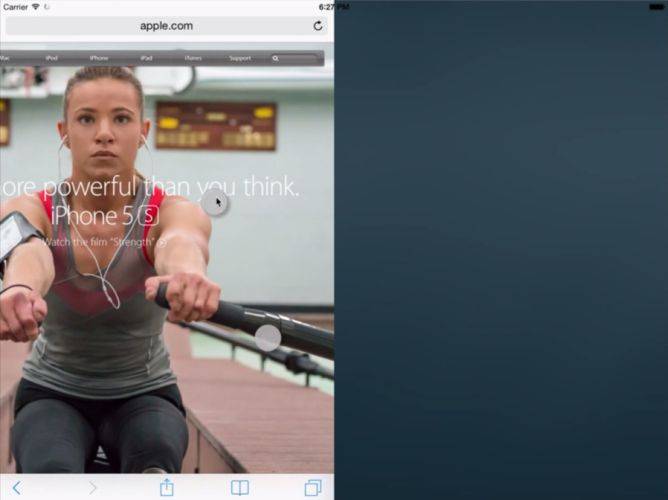 You can already run multiple apps side-by-side on tablets running Microsoft’s Windows 8 software or later, and some Android tablets also have multi-window features, although it’s not something Google has built directly into the operating system.

One thing that could make Apple’s implementation stand out is that in addition to being able to run 1, 2, or 3 apps on the screen at the same time, you may also be able to run multiple screens from the same app. For instance you could view two browser tabs in side-by-side windows.

There’s evidence that Apple’s been working on the split screen support for a while, but 9to5Mac’s sources reports the company had planned to unveil it with iOS 8 last year but decided to hold off until the feature worked better.

Now it will likely launch with iOS 9. You may not need to buy a new tablet: Split Screen support should come to at least some existing iPad models.

9to5Mac also reports that Apple is working on support for multi-user logins, letting more than one person have a profile on the same device (something already offered in Android and other platforms), and that a 12 inch iPad is in the works (something that’s been widely reported). But neither of those things are expected to be announced at WWDC.