Google has been working on self-driving cars for a few years, and the company’s prototypes have driven more than a million miles so far. So what does the future hold for Google’s ambitious plans to free you from the responsibility of steering, braking, and navigating?

According to a report from Bloomberg, one day you might be able to call a self-driving car much the way you would hail a cab or call an Uber. But it won’t necessarily be sent to your location by Google: the company is reportedly planning to spin off the self-driving car division as a separate company. 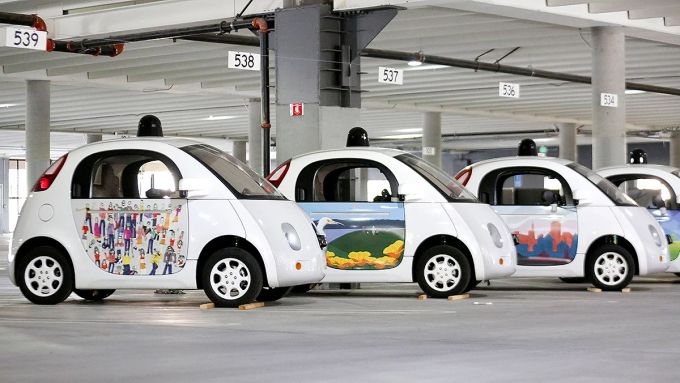 The new company would have the same parent company as Google, Alphabet. But spinning the autonomous vehicles off as an independent company would give it more autonomy… and move it from the realm of experimental research project into the world of profit-driven transportation companies.

Self-driving cars could theoretically eliminate human error in driving, making accidents less likely since a computer can have quicker response times and a better awareness of the environment surrounding the car than a human driver.

While companies like Tesla are bringing self-driving capabilities to their existing cars, Google is building its own vehicles that are designed from the ground up to be drive themselves.

Bloomberg says rather than sell those cars to the public, it’s likely that the first commercial rollout of the technology would be through an Uber-like service that would let you call a car from your phone. The service would initially be available in closed environments such as college campuses or military bases, where the cars wouldn’t need to travel anywhere unfamiliar, and where customers would be able to get a first taste of what it’s like to be ferried about by a car without a driver.