Google’s Chromecast sells for $35… so maybe it’s appropriate that a recent report from Strategy Analytics says the inexpensive media streaming device had a 35 percent share of the market last year.

According to the research firm’s numbers, 42 million media streaming devices shipped in 2015, and Google shipped more of those devices than any other company. 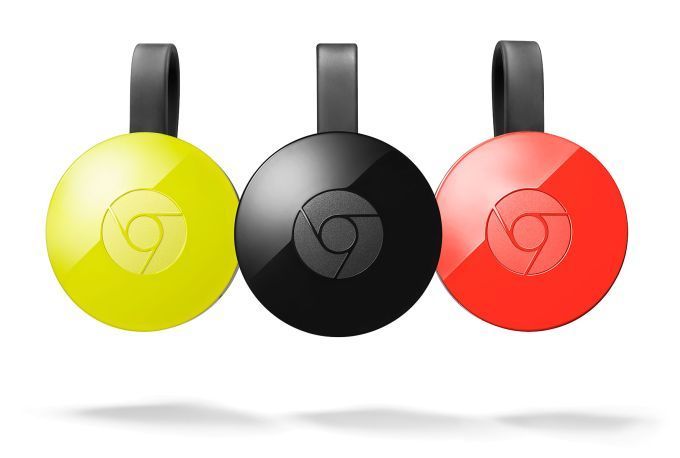 Overall, the global media streamer market was reportedly dominated by Google, Apple, Amazon, and Roku. Only about 20 percent of devices in this category came from other companies.

While Google had a pretty good year, the cumulative numbers look a bit different. Apple has been selling Apple TV devices since 2007, with an estimated 37 million total units shipped. Google, by comparison, introduced the original Chromecast in mid-2013, and has shipped around 27 million units to date.

Of course, some people aren’t buying these devices at all, because their TVs, game consoles, or Blu-ray players have built-in support for streaming music and video from the internet. According to Strategy Analytics, the total number of connected TV devices to ship in 2015 was 220 million, about 54 percent of which were smart TVs.

I imagine those numbers could look different in a few years: a smart TV that can stream content from Netflix, Amazon, and YouTube today might not be able to handle whatever new streaming services and features are available in 2020. But I doubt people will want to replace their 1080p or 4K TVs in just a few years… so it could make more sense to spend $100 or less on whatever next-next-gen media streamer is available at that point to keep your TV up to date.