Apple, Google, and Microsoft all have software that lets you talk to your phone to perform some actions or get answers to your questions. Siri, Cortana, and Google’s voice search tools can come in handy in the car, around the house, or in other places where you may not want to use your hands to interact with your phone (and where other people won’t look at you funny when you shout at your phone).

But Amazon has had a bit of a surprise hit with its Alexa voice service products because the first products to utilize them were not phones. Instead, the Amazon Alexa, Echo, and Dot are basically internet-connected speakers with built-in microphones that are designed to be used around the house. And while some people are skeptical of the idea, there are a lot of people who love their Echo devices.

So it makes sense that Google is said to be developing its own Echo-like product. Rumors have been circulating for a little while, and now Recode reports that the device is real, and that it’s code-named Chirp. 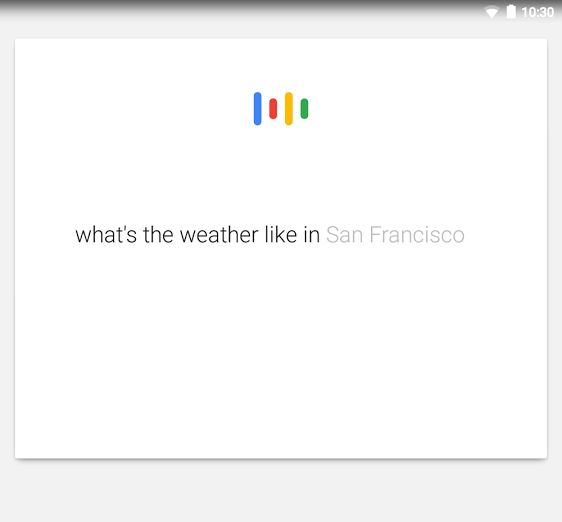 According to Recode, Chirp is just an internal name for the project. The final product will probably be called something else.

Like the Amazon Echo, Chirp is expected to have a speaker, microphone, and the ability to respond to your voice. It’s said to look something like an OnHub WiFi router.

The report comes just a week before the start of the 2016 Google I/O developer conference. But Recode says Chirp probably won’t be on display at the event. It’s expected to launch later this year.