Google may be planning to launch a new service that lets you create custom cases for its smartphones. Android Police reports something called “Google Workshop” is on the way, and not only will it let you design your own case, but you’ll be able to create your own wallpaper to customize not only what the back of your phone looks like… but also what the screen looks like when you turn it on 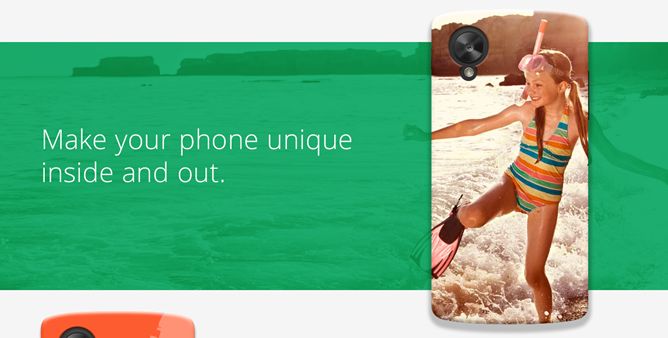 At launch it looks like Google Workshop will target folks with a Google Nexus 5 smartphone. It wouldn’t be surprising if support is eventually added for other Nexus devices such as the Nexus 7 and Nexus 10 tablets, other upcoming phones and tablets, or maybe even Google Play Edition devices from partners such as HTC, Samsung, and LG.

According to Android Police, you’ll be able to create cases and wallpapers in two ways. Moments lets you upload a photo which will be turned into a case and/or wallpaper design. MapMe lets you do the same thing… but with a location instead of an image. This lets you create some pretty cool looking graphics based on a mapped location. A MapMe-created Live Wallpaper can even show interactive, location-specific content such as weather or local tweets.

Workshop kind of reminds me of Motorola’s Moto Maker, which lets you create a custom Moto X smartphone before clicking the purchase button. But Moto Maker doesn’t let you create live wallpapers.

One reply on “Report: Google Workshop to let you design custom smartphone cases”