If you’re in the market for a Google-branded Chrome OS device, right now you have two choices: the Google Pixelbook laptop or the Google Pixel Slate tablet. But according to a report from ComputerWorld, Google had been working on two new Chrome OS tablets… and according to that same report, Google has scrapped those plans and decided to focus on laptops moving forward.

Update: Google’s hardware chief, Rick Osterloh has confirmed that the company is no longer making its own slates, but will continue to support third-party Chrome OS tablets. 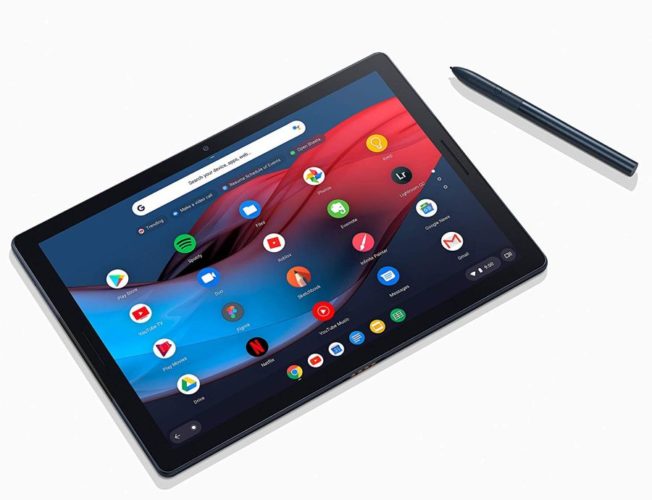 Since Google hadn’t actually announced plans to release any new tablets, this isn’t really big news… unless you were hoping for a follow-up to the Pixel Slate and/or a smaller model (ComputerWorld says both of the in-development-until-this-week models were smaller than the 12.3 inch Pixel Slate).

The report also makes clear that Google considers devices like the Pixelbook to be laptops — even if they have 360-degree hinges that allow you to hold them like tablets. The key point of differentiation is that you can’t detach the keyboard as you would an optional Pixel Slate keyboard.

Want to keep using a Chrome OS tablet? Google will support the Pixel Slate with OS updates through at least June, 2024. And there are a number of third-party slates on the market from Acer, Asus, and CTL.

Google will reportedly continue to develop Chrome OS touchscreen/tablet features. So the company isn’t giving up on the idea of Chrome OS slates. It’s just not planning to make any more of its own for the foreseeable future.