Google made a major push into the consumer hardware space in 2016 with the launch of its first Pixel-branded smartphones, the Daydream View VR headset, and Google Home smart speaker product as well as a 4K-capable version of the company’s relatively popular Chromecast media streamer.

One thing Google didn’t launch last year? A new laptop. And according to TechCrunch, Google has no plans to launch a new one anytime soon.

Update: But Google’s Rick Osterloh says that doesn’t mean the company is killing the line… it’s just that Google currently has “no plans to share at this time.” 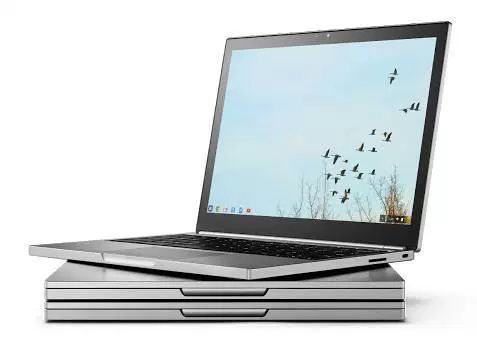 Google launched its first laptop in 2013. The original Chromebook Pixel was something of an oddity at the time: a high-end notebook with a stellar display, an excellent keyboard and touchpad, and a price tag that was more 3-4 times as high as those for most other Chromebooks.

Instead, Google has been promoting third-party devices like the Samsung Chromebook Pro.

The shift in strategy isn’t a huge surprise. When the first Chromebook Pixel hit the streets, there wasn’t anything else like it. Most Chromebooks were positioned as cheap alternatives to Windows laptops that featured inexpensive hardware and limited software capabilities.

Over the past few years Google has added functionality to Chrome OS, including beta support for Android apps, among other things. And companies like Samsung, Asus, Dell, and HP have released higher-quality Chromebooks that fit into the niche created by the Chromebook Pixel.

Rather than compete with the companies using its operating system, it looks like Google is pulling back from notebooks for now.

Of course, the company’s Pixel phones also compete with Android devices sold by other companies. But you could make a case that Pixel phones offer something few other Android smartphones do: a pure Google experience. The Pixel and Pixel XL ship with stock Android software and Google’s suite of applications, while phones from Samsung, LG, HTC, Sony, Huawei, ZTE, and others typically have skinned versions of Android.

That’s something that’s never been an issue with Chromebooks though, which typically run stock Chrome OS software.

One good question about the move is raised by Android Police, though:  what does Google’s decision to pull back from laptops: what does this mean for the rumored Andromeda operating system, which is said to combine Android and Chrome OS into a single operating system?

Rumor had it that the Pixel 3 would be the first device to run that operating system. It’s possible that Google is working with a different company to develop the first Andromeda device… much as the company has done with Nexus phones in the past and, more recently, the first Android Wear 2.0 smartwatches from LG.

But it’s also possible that Google has decided to shift its approach. Rather than rolling out a brand new operating system, the company could just continue working on integrating Android app support into Chrome OS, continuing to blur the lines between its desktop and mobile operating systems without actually launching a brand new OS.