One of the biggest announcements from this year’s Google I/O developer conference was Google’s plan to launch a new platform called Google Assistant. Building on the company’s existing search-by-voice technology, Google Assistant lets you use natural language to ask questions, issue commands, and generally interact with a wide range of devices including smart home products, phones, computers, cars, and wearables.

Google already announced plans to launch a new device called Google Home which lets you interact with the software… at home. But according to Android Police, Google is also working on two new smartwatches with Google Assistant baked in. 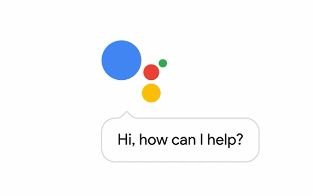 You probably won’t need to buy a Google-branded device to use Assistant on a wearable. It’s likely that most smartwatches that run the latest version of Android Wear will support the feature.

But Android Police reports that Google is working on two watches that may be part of the company’s Nexus program… and they’ll serve as showcases for the latest Google software, much the way that Nexus phones, tablets, and TV boxes have done in the past.

One watch is rumored to feature GPS, 4G LTE, and a heart rate sensor, while the other is said to be a smaller model that lacks those features.

The larger model is said to be code-named “Angelfish,” while the smaller one is called “Swordfish,” but it’s likely that the smartwatches will be sold under different names. Both are said to have round displays, and Angelfish will have a larger battery than Swordfish in order to power all the extra sensors in that watch.

Android Police obtained details about the watches from an unnamed source, which the website says is pretty reliable. But Google hasn’t actually announced anything yet, so it’s possible that some or all of the information is inaccurate… or that it’s accurate now, but that Google’s plans could change. The watches aren’t expected to be available until after Google launches the upcoming 2016 Nexus smartphones… which the company also hasn’t officially announced yet.