Microsoft may have killed off its Windows Media Center software for PCs. But that doesn’t mean the company is turning its back on software that lets you record live TV programs for later viewing.

According to Paul Thurrott, an update for the Xbox One game console/media center is coming soon, and it will bring support for DVR (digital video recorder) capabilities. 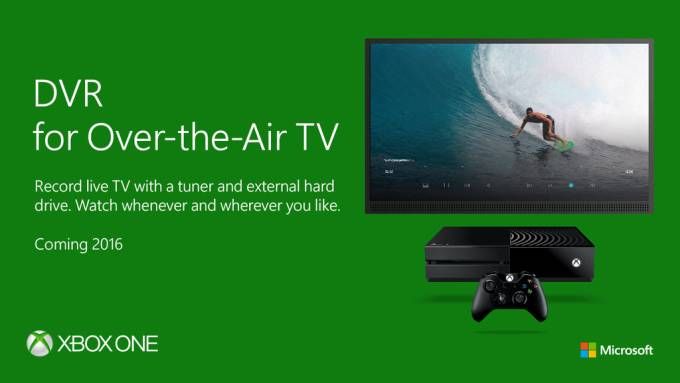 You can already use an Xbox One to watch live TV in the US and Canada by connecting a Hauppauge TV tuner to the device to tune into over-the-air, broadcast TV (using an antenna). Last year Microsoft also promised that DVR features were in the works.

Now, if Thurrot’s sources are correct,” Microsoft is testing a software update that includes the feature, and it could roll out to users soon.

Users will get access to program guide data, the ability to stream content from an Xbox One to a PC for viewing in another room, and the ability to view guides and schedule recordings using smartphone apps. The software is said to support recording videos even while you’re playing games, and you don’t need to leave the Xbox One powered up all the time because it will wake up automatically in time to record scheduled shows.

One thing the software won’t do? At least in the United States, it won’t work with encrypted videos from cable or satellite TV providers… at least not until the #UnlockTheBox debate is over.