Samsung’s Galaxy S6 Edge and Galaxy S7 Edge smartphones feature curved glass displays that fold over the right and left sides of the screen, providing more real estate for the display and enabling support for a few extra features such as notifications or icons that are visible even when the phone is lying flat on a table. 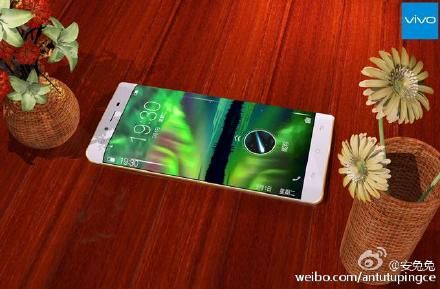 ET News reports that Chinese phone makers including Vivo, Huawei, and Xiaomi will use Samsung’s dual-edge displays in upcoming phones.

One of the first to arrive could be the Vivo X Play 5, an upcoming phone which is expected to feature a Qualcomm Snapdragon 820 processor and 6GB of RAM, among other premium features.

The X Play 5 will be officially unveiled March 1st, but several pictures posted to social network Weibo allegedly show the phone’s Edge display, which is said to be a “2K screen,” suggesting it’ll have the same 2560 x 1440 pixel resolution as the display used in Samsung’s Galaxy S7 Edge.

Additional leaked promotional materials for the phone seem to back up those details.