The death of Google Glass may have been exaggerated. While Google is no longer selling its wearable computer that puts a screen above your eye directly to consumers, The Wall Street Journal reports that the company is providing a new version of Google Glass to some business users.

The new hardware is aimed at workers in healthcare, manufacturing, and other industries where a hands-free computer could be useful.

Google may eventually launch a new consumer version of Glass, but according to the WSJ’s sources, we probably won’t see anything along those lines for at least another year. 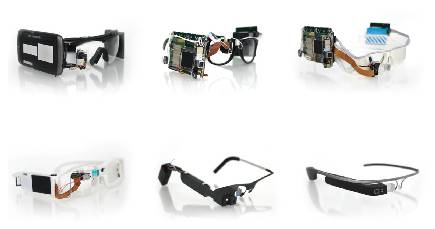 For now, Google is said to be quietly working with businesses and developers to create applications that can be used in the workplace starting this fall.

Google Glass is designed to let you view digital content overlaid onto real-world environments. You can pair it with a phone to search the web, run apps, ask questions and get answers spoken in your ear, and more.

The company has been developing Glass for a few years and had been inviting developers and other early adopters to join the Glass Explorer program which allowed them to buy a kit for $1500. Google canceled that program earlier this year, announcing plans to retool the program.

Thanks to the high price, limited feature set, and privacy concerns sparked by the Explorer Edition hardware, many folks have been wary of Google Glass’s future as a consumer device. But a display that lets doctors look up at their patients rather than down at their clipboards, or which lets field technicians read instructions while looking at the items they’re trying to fix… that makes a lot of sense.

According to the report, the new hardware has an Intel processor, better battery life than the original, and a new design: it doesn’t include a wire-frame. Instead you can attach the new Glass to different pairs of glasses. This lets you move the display up, down, or left and right.

We first heard about some of these details in a report from 9to5Google earlier this month.