One of my favorite things about the Asus Zenbook UX31 I reviewed recently was the ultrabooks 13.3 inch, 1600 x 900 pixel display. It’s hard to find a notebook that comes with anything other than a 1366 x 768 pixel screen these days, which seems kind of silly when we’re starting to see 10 inch and smaller tablets with higher resolution screens.

But it looks like the pixel density revolution is about to hit ultrabooks. 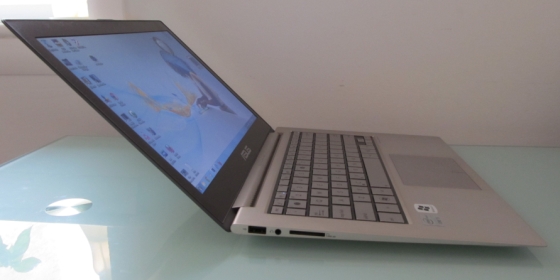 The folks at The Verge got a sneak peek at the spec sheet for the next-generation ultrabooks from Asus. The company will launch the new 11.6 inch and 13.3 inch thin and light laptops once Intel’s new Ivy Bridge processors are ready to go, which means we could see the new notebooks in a few months.

It’s hardly a surprise that Asus will launch new Ivy Bridge models of its ultrabooks. I suspect Acer, Toshiba, Lenovo, Samsung, and other ultrabook makers will do the same.

But according to The Verge, the new models will be available with screen resolutions ranging from 1366 x 768 pixels to 1920 x 1080 pixels.

The company is also said to be offering Intel Core i3, Core i5, or Core i7 processors, 2GB to 4GB of RAM, and a 256GB solid state disk. A 512GB SSD may also be available.