Snap’s first foray into hardware made a bit of a splash last year, and recently the company says it sold more than 150 thousand Snap Spectacles. But there’s one small problem: Snap may have hundreds of thousands of unsold units lying around, suggesting that the company vastly overestimated demand for the product.

The Information reports that sources close to the company say that the unsold units are “sitting in a warehouse,” although it’s possible that some are not fully assembled, which means parts could be used for other products in the future. 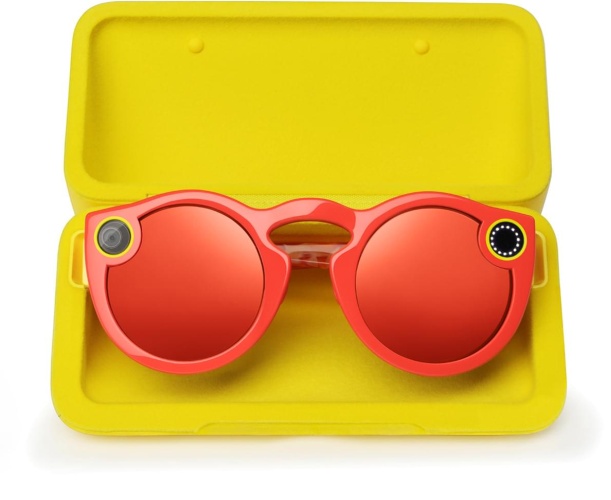 Snap Spectacles are basically a pair of (arguably) fashionable glasses with a built-in camera that you can use to record 10 second of video and share it with your Snapchat contacts.

Part of what made the product buzzworthy in 2016 was its scarcity: you could only buy them from one of a handful of vending machines at launch, making them a bit of a collector’s item.

After the successful launch of the product, Snap ramped up production and announced earlier this year that the $129 Spectacles would be available for anyone in the US to purchase. It seems like they might have lost their luster by then.

That said, The Information notes that Snap still sees hardware as an important business to be in. It’s unclear at this point what the company’s next product will be, and some members of Snap’s hardware team have been laid off, possibly due to slumping sales of Spectacles. But there are still about 150 people in the Snap Labs subdivision that’s responsible for hardware, presumably trying to figure out how to make next-gen Spectacles a thing more people are willing to spend money on, or trying to develop some other sort of hardware.

At 40, I might be a little too old to understand the appeal of Snapchat. But I also suspect that hardware could help the company retain its younger audience, and the right hardware could make the case that the company’s messaging service isn’t just for young people. Companies like Microsoft, Google, and Amazon have ventured into the hardware business with varying levels of success in recent years, all largely in an effort to create an ecosystem of hardware and software that works together (and which not only creates another revenue stream for the company, but which also gives you more of a reason to use that company’s other services: Amazon Music Unlimited is probably a lot more useful if you’ve got an Amazon Echo smart speaker, for example).

It remains to be seen whether Snap can follow suit. But if this new report is accurate, it doesn’t seem like Spectacles will be Snap’s breakthrough product.

7 replies on “Report: You aren’t the only one who didn’t buy Snap Spectacles”