Over the past few years millions of people have switched from buying CDs or even MP3 albums to paying $10 per month for music streaming services like Spotify, Google Play Music Unlimited, and Apple Music. And millions of folks pay a similar price for access to streaming movies and TV shows from Netflix, Hulu, or Amazon, among others.

But would you pay $10 per month for a Netflix-for-magazines, news-style service?

There are already a few options for folks that want to do this. But last month Apple announced it was buying one of those digital magazine subscription services, and now Bloomberg reports that Apple plans to use its Texture purchase to build a subscription for Apple News. 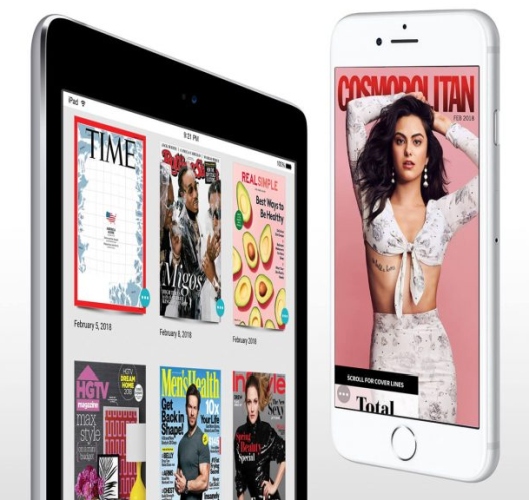 $120 per year is actually a pretty good deal for access to that library of content… if you compare it to the list price for those magazines. But if you weren’t already planning to subscribe to one or more of those magazines, then $120 per year might be more than you were otherwise paying.

It’s unclear what changes Apple would make to Texture’s existing offering before integrating it into Apple News. The prices may change. The content library may change. The user interface will almost certainly change.

If Bloomberg’s report is correct, it sounds like Apple wants to do the same sort of thing with Texture that it did with Beats when it acquired that audio company a few years ago. Beats was probably best known for its iconic headphones at the time, but the company had also launched its own music streaming service in hopes of taking on the Spotifies of the world. Apple basically turned Beats Music into Apple Music, which now has 36 million subscribers, making it an ongoing source of revenue for the company.

Apple is also said to be working on a subscription video service, which would supplement its iTunes store where customers can currently buy movies and TV shows. That’s one of the reasons Apple has been investing in creating original programming… which has yet to see the light of day.

So there may come a time when you can pay $10 per month for Apple Music, pay another $10 (or so?) for Apple News and pay whatever price Apple sets for an Apple Video subscription.

That could come to $360ish per year for subscribing to everything… or more if you also want to pay for an iCloud storage. plan.

Or maybe Apple will offer an Amazon Prime-like bundle deal that lets you pay a single fee to access its music, video, magazine, and storage services.

If Apple keeps these subscriptions separate, it’ll be interesting to see how they perform. While I have no doubt that Apple Video would be at least a successful as Apple Music, I have doubts about Apple News subscriptions.

On the one hand, $10 month isn’t a lot to spend on news. Major publications like the New York Times and Wall Street Journal charge substantially higher prices than that for full access to their websites and/or home delivery.

On the other hand, there’s no shortage of free, ad-supported news sources on the internet. We can have a good debate over whether the internet was built on the wrong business model (ads can be intrusive and sometimes even dangerous), but what’s done is done and over the past two decades people have gotten used to the idea that news is basically “free.”

So it’s a risky move. But maybe that’s why Apple spent about $50 million to acquire Texture, compared with the $3 billion it spent to acquire Beats in 2014.

One reply on “Report: Apple News subscriptions may be on the horizon”