Apple may be planning to become a wireless carrier. Business Insider reports that Apple is working on a deal that could result in the company becoming an MVNO (mobile virtual network operator) in the US and Europe. 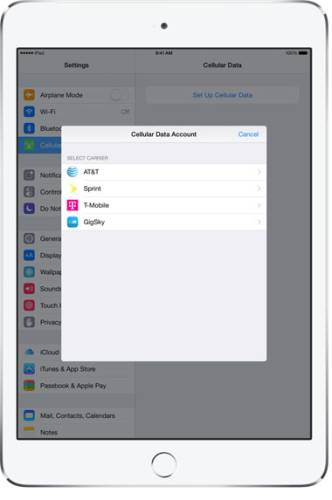 That means Apple wouldn’t actually build or maintain any wireless towers. Instead, the company would use infrastructure provided by an existing mobile phone network, while offering unique features or services to customers.

Some MVNOs such as Boost Mobile, Tracfons, or Straight Talk offer voice and data plans that are cheaper than those usually offered by major wireless networks. Ting lets customers design their own plans. And Republic Wireless and Google’s Project Fi combine WiFi hotspots with cellular service to let you use only mobile voice and data you need.

So what would Apple’s MVNO service look like? According to Business Insider, Apple wants to make it possible for iPhone users to switch between networks so that you always get the strongest possible service.

Instead of paying Verizon, AT&T, Sprint, or T-Mobile, for example, you’d pay your phone bill to Apple. Then your phone would automatically connect to the network offering the strongest signal wherever you are… assuming Apple actually works out a deal with all of the networks in your area.

So when will the service launch? Probably not anytime soon. Apple has reportedly been working on this plan for years and could be years away from pulling everything together.

But the rumor certainly company’s move from iPads with physical SIM cards to Apple SIM into perspective. Apple SIM is basically a special SIM card that supports multiple wireless networks, allowing you to switch from one to the next without removing the card from your device. Currently Apple SIM is an iPad-only feature and it doesn’t support all wireless networks. But it could help pave the way for an Apple-operated MVNO experience.

4 replies on “Report: Apple could launch a wireless network”