Replicant OS is a fork of Google’s Android operating system that’s had all the proprietary code removed. It takes a lot of time and effort to do that, so while we’re getting ready for Google to release Android O in the not-too-distant future, the Replicant team has just released version 6.0, which is based on Android Marshmallow).

So far only a handful of aging Samsung phones are officially supported, but there’s a guide for porting the free and open source operating system to other devices. 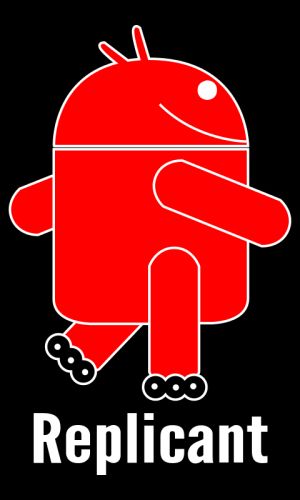 If you want a fully functional operating system with support for all the bells and whistles that come with recent Android phones, this probably isn’t the project for you. But if you care more about the ideals behind free software, Replicant’s got you covered.

Unfortunately, that means that even on supported devices, there’s currently no support for 3D-accelerated graphics, WiFi, GPS, or Bluetooth because there aren’t free and open source drivers for those features. Mobile data and telephony features do work, and you can enable WiFi by plugging in a USB dongle.

There’s also no Google Play Store or Google Play Services, but you can use F-Droid or other third-party app stores.

Replican 6.0 is based on LineageOS 13, and rather than released a new SDK for the operating system, the developers recommend using the Android SDK that’s packaged with Debian Stretch.

One reply on “Replicant OS 6.0 released (Android Marshmallow without the proprietary bits)”