Remix OS is a custom version of Android designed to make Google’s mobile operating system feel like a desktop OS. Initially only available as an operating system that came pre-installed on hardware, this week the developers at Jide made it easy for anyone to try Remix OS by releasing a version that you can run on computers with Intel or AMD chips.

But there are a few caveats. First, Remix OS for PC is in its early stages, and as of March 1st, 2016 it’s still considered beta software. Second, the downloadable version doesn’t work on all PCs. And third, right now it lacks one of Android’s key features: the Google Play Store.

There’s something you can do about that last part. 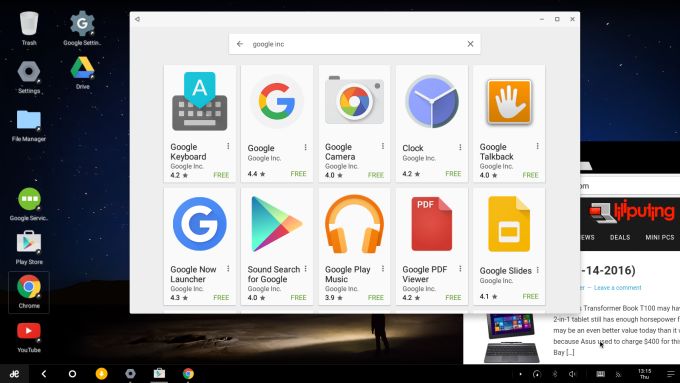 Once you download Remix OS for PC from Jide’s website, you can either use Jide’s tool to load it on a USB flash drive (if you’re using Windows), or follow our guide for doing it on a Mac (the Linux method should be very similar). 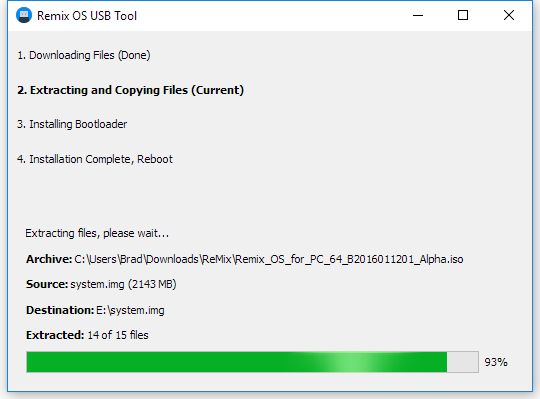 Then you can boot your computer from the USB flash drive to run Remix OS without overwriting any data on your computer. For now you’ll need a PC with a 64-bit processor and legacy boot support, but Jide says they’re considering adding support for 32-bit chips in the future if there’s sufficient demand.

This is a situation that should be familiar to anyone that’s loaded CyanogenMod or other popular Android custom ROMs on a smartphone. The developers don’t have Google’s permission to include their software, so they don’t.

But a Jide spokesperson tells me the company is working with Google to be able to include the Play Store in future versions of the software. It probably doesn’t hurt that Jide was founded by three former Google employees.

For now, the company recommends side-loading Google Mobile Services, and here’s how to do that.

Note that you’ll want to do this while running Remix OS in resident mode. If you run in guest mode, anything you do will be erased after you reboot you PC… and since the instructions require a reboot, that means there’s currently no way to install the Play Store in guest mode.

Note that this article used to have an 8-step process (listed and crossed-out below), but now there’s a simpler way:

2. Install the file by clicking on it. If you haven’t already enabled installation of apps from unknown sources, you may need to that.

3. Open the app once it’s been installed and select “Install Google Services.”

Why isn’t the Play Store pre-installed?

Typically a device maker that wants to use the Play Store ships the hardware to Google for testing. But since Remix OS for PC is designed to run on thousands of different hardware configurations, that would be an impractical way to go in this case.

But Jide co-founder David Ko says the company is in talks with Google about ways to include the Play Store, possibly by testing and certifying just a certain set of hardware. You can hear more from that interview with Ko in an episode of the LPX Show podcast.

32 replies on “Remix OS for PC: How to install the Google Play Store”