The Remix Mini is a tiny computer with an ARM-based processor and an Android-based operating system. The developers at Chinese startup Jide are launching a Kickstarter campaign for the computer today, and the first 500 people to pledge $20 can reserve a Remix Mini for that price. 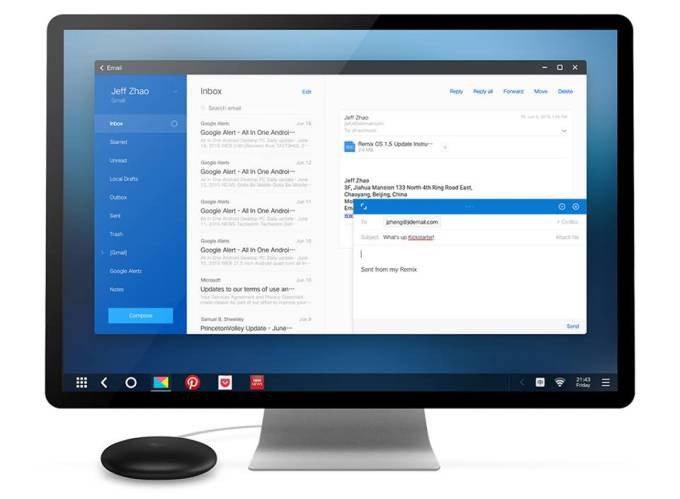 While you could use the Remix Mini as a cheap Android device to stream videos from Netflix and YouTube to your TV, Jide is positioning the device as more of an inexpensive PC.

That’s because, like the Remix Ultra tablet I reviewed earlier this year, the Remix Mini runs Jide’s Remix OS, which is a custom version of Android designed to work more like Windows: there’s a taskbar and support for viewing multiple apps on the screen at once.

Jide is also offering a model with 2GB of RAM and 16GB of storage. Early backers of the campaign will be able to reserve a 2GB model for $40.

Jide hopes to begin shipping its Remix Mini devices in October… but before making a pledge, you might want to check out the shipping charges. Depending on where you live, shipping could run anywhere from $15 to $30… which means you might end up paying more for shipping than you do for the product itself. Unfortunately it isn’t cheap to ship goods around the globe from China.