Remix OS is a modified version of Google Android designed to make Google’s mobile operating system feel like a desktop OS. It has a taskbar, a desktop, and support for running apps in windows that can be moved or resized. Remix OS developer Jide launched a version of the operating system that can be installed on PCs this year, but in 2015 the company also launched two of its own hardware devices: the Remix Ultra Tablet and the Remix Mini desktop.

While Remix OS for PC does not include the Google Play Store and other Google apps, the version of the software that came pre-loaded on Jide’s own hardware did… until now. 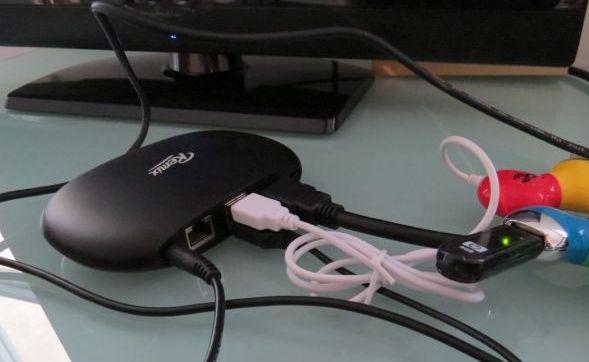 Remix OS 2.0.307 for the Remix Mini desktop is now available. Among other things, it removes support for Google Mobile Services.

You can still sideload Google’s mobile framework yourself if you want to be able to use the Google Play Store. And Jide says users can opt to skip the software update if they want to continue using an older version of Remix OS with Google services intact… but they won’t be able to install any future updates or bug fixes if they do that.

When I asked why Google Mobile Services had been removed, I received this response:

The reason this update has removed GMS, is to ensure that Google can deliver a consistent experience across all Android devices for all apps. We are committed to bring users the ultimate Android experience, and will continue to dedicate our resources to do this.
Remix Mini puts Android on varying screen sizes and usage situations and Google needs to verify each of them. We are working with Google to streamline the process.

Update: Jide says tablets and other more devices with more traditional form factors for Android continue to meet Google’s compliance tests, which means the Play Store will continue to be available on the Ultra Tablet and similar devices. But Google has apparently noticed some apps do not work as expected on desktop-style devices like the Remix Mini, so the company has asked Jide to remove Google Mobile Services for now.

It’s possible that GMS could return in the future if Google and/or Jide make changes needed to ensure that all apps work as expected.

While the Google Play Store is absent from the latest version of Remix OS for the Mini, there is a new Remix Central utility, which seems to be a sort of third-party app store. You can also continue to download apps from other stores or websites such as APK Mirror or the Amazon Appstore.