Samsung is getting ready to recoup some of the costs, and diminish some of the environmental damage caused by last year’s recall of millions of Galaxy Note 7 smartphones.

After it was determined that some phones were catching fire due to battery issues, the company recalled the phone and worked with wireless carriers to remotely disable phones to keep them from exploding (and to keep owners from using unsafe phones). 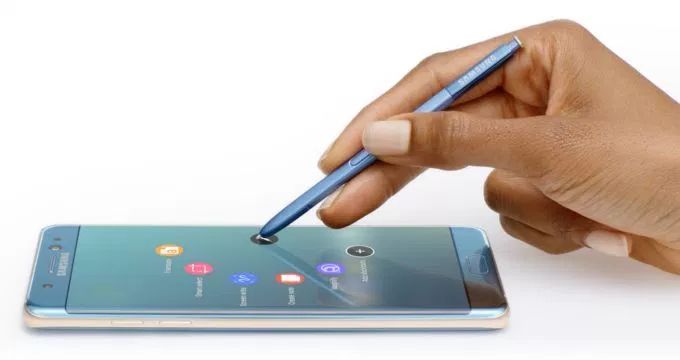 At launch, the Samsung Galaxy Note 7R will only be available in Korea. Samsung is still evaluating whether to release the phone in other markets (which would be one of the reasons it showed up at the FCC website last week — but that doesn’t necessarily mean the phone will be available in the US anytime soon).

The refurbished model has a 3,200 mAh battery rather than a 3,500 mAh battery, as confirmed by photos of the Galaxy Note 7R in the wild. But that seems to be the only real change to the hardware. On the software side, the operating system has been updated to Android 7.0 (the Note 7 originally shipped with Android 6.0).

Samsung’s phone features a 5.7 inch, 2560 x 1440 pixel display with pen support, a Samsung Exynos 8890 processor, 4GB of RAM, and a 12MP camera. While it was fire-prone, early reviews suggested it was one of the most powerful smartphones of 2016.

These days it has to compete with new models sporting 2017-era hardware, including Samsung’s own Galaxy S8 smartphone. So it makes sense that the company would give the phone a price cut. It still isn’t cheap though: the Note 7R is expected to sell for about $620 in South Korea.

Update: A recent report from The Investor suggests the price will be substantially lower, at about half the original cost of a Galaxy Note 7, which would be around $440.

Expect the starting price of the upcoming Galaxy Note 8 to be substantially higher.