Cinematic camera company RED plans to launch its first smartphone early next year, and the RED Hydrogen One is expected to stand out in a few ways. It has an unusual design that uses metal and Kevlar and ridged edges that make the phone easy to grip. It also supports modular add-ons such as camera lenses, offering DSLR-style features in a smartphone.

But the phone has another unique feature that RED refers to as a “holographic” display. The company hasn’t had much to say about that screen technology, but now RED has revealed that the screen comes from a partnership with Leia Inc, a company developing “lightfield holographic display solutions for mobile.” 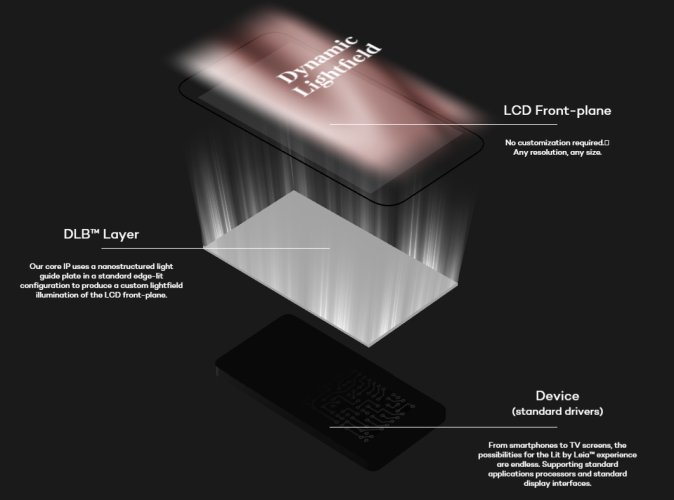 Leia‘s founders include two former HP Labs scientists, and the company develops screens that provide glasses-free 3D using LCD-based displays that diffract light in a way that creates a holographic effect… but which can also be disabled to let you view 2D content on a smartphone.

In other words, this may be a technology that changes the way you interact with phones. But if it turns out to be a gimmick that you don’t find particularly useful, you can just use the RED Hydrogen One as a normal phone (with special photographic features).