But the RedMagic 8 Pro also packs many of the features that have come to define gaming phones in recent years, including a big battery, fast charging support, and RGB lighting effects. The RedMagic 8 Pro is up for pre-order in China for CNY 3,999 ($575)  and up. Nubia plans to announce a global version of the phone January 16th before opening pre-orders to customers worldwide starting January 28th. 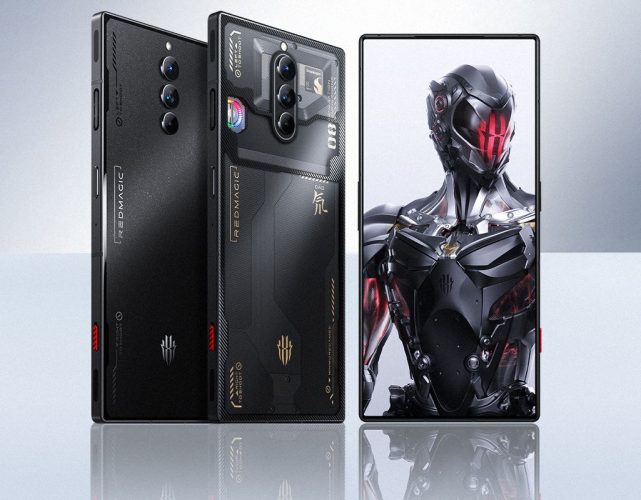 The company says compared with the previous-gen RedMagic 7 Pro series, the new phone brings a faster, more energy-efficient processor as well as speedier LPDDR5X memory and UFS 4.0 storage. The RedMagic 8 Pro is also said to offer up to 20% longer battery life.

The phone has a 6.8 inch AMOLED display, support for HDMI output via USB, and support for wireless display technology allowing you to transmit video to an external screen at up to 120 Hz.

It’s powered by a 6,000 mAh dual-cell battery that supports up to 165W fast charging, although you may have to pay extra to take full advantage of that feature, since entry-level configurations will ship with an 80W fast charger in the box (although a higher-spec RedMagic 8 Pro+ with a 5,000 mAh battery appears to come with a 165W charger).

Other features include stereo speakers, 3 microphones, and a 10-layer cooling system that includes a liquid cooling plate, graphene under the screen, and a 20,000 RPM fan.

The RedMagic 8 Pro will be available in multiple configurations, including 12GB RAM + 256GB storage and 16GB RAM + 512GB storage models. Some models may also have transparent materials on the back to show off RGB lighting on the fan.

via press release and Weibo