Since the rise and fall of Digg, Reddit has pretty much dominated the social news/link-sharing & discussion space. But while reddit’s barebones website is optimized to load quickly and be easy to read on desktop and more recently on mobile devices, the company has largely left the development of mobile apps to third parties… until now.

Reddit now has official apps for iOS and Android phones. 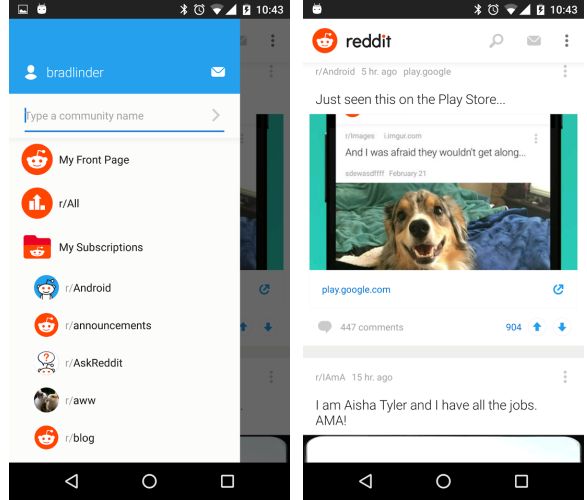 Actually this is sort of Reddit’s second dip into the mobile app space. The company acquired the popular Alien Blue client for iOS a while back and that was kind of the official app for iPhone and iPad users for a while.

There’s also support for themes (starting with a “night” theme for a dark background) and a few different ways to view content including compact and card views.

One thing that sets the official Reddit apps apart from third-party clients is the monetization scheme: the mobile apps are ad-supported, but you can disable ads by using Reddit Gold.

When you first fire up the Reddit app for iPhone or Android and login to your account, you’ll get 3 free months of Reddit Gold for an ad-free experience (and other perks).

But once that runs out, you’ll either need to be gifted Gold from other users or pay for it. Gold currently sells for $3.99 per month or $29.99 for a 1-year subscription. You can also buy 3 months of Gold at a time or pay for up to 3 years.

Any way you look at it, this is one of the most expensive ways to get an ad-free Reddit experience. Many other Reddit clients are also ad-supported, but you typically just have to make a one-time payment of a few dollars to turn off the ads.

That said, Reddit Gold is a key part of how Conde Nast makes money from Reddit without relying heavily on advertising. So incorporating that strategy into the company’s mobile apps makes sense… what remains to be seen is whether people looking for an ad-free experience will pony up if they haven’t already, or if they’ll just return to other third-party apps after their 3-months are up.

On the other hand, there’s no reason not to at least give the official app a try. Load it once and you get 3 months of Gold for free.