Camera maker RED launched its first smartphone last year. The RED Hydrogen One is an expensive phone with mediocre specs, a passable-at-best camera, and a chunky, but durable chassis. There are three things that make the $1300 phone stand out though — it has a “holographic display” with glasses-free 3D effects, it’s made by a high-end camera company, and it has pogo pins that theoretically support modular add-ons… like high-end cameras.

But RED has yet to deliver any camera modules for the Hydrogen One. And this week folks started to notice that the company even removed all mentions of “cinema grade camera module” from its website for the phone.

Now RED found JIM Jannard has weighed in with an explanation. Kind of. 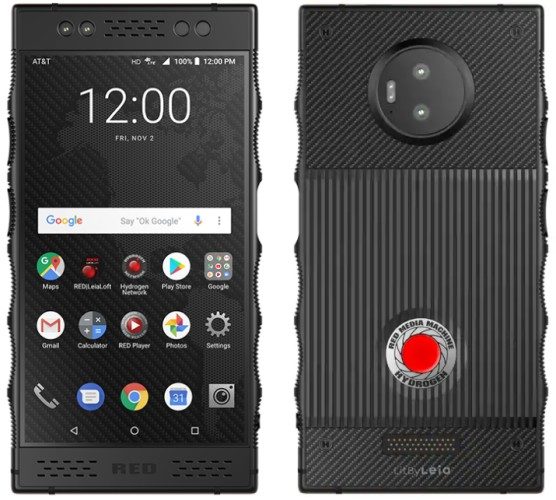 According to Jannard, the website change is due to the fact that the company is “currently in the middle of radically changing the HYDROGEN program.”

Basically the folks at RED’s camera team will be “fully in charge of the professional image capture program” for the company’s phones, while the HYDROGEN team is “fully engaged on the new in-device image capture system.”

In other words, RED’s pro camera folks are now in charge of some or all of the camera features for the company’s smartphones, while the folks working on the smartphone team are going to be collaborating with them.

What’s a bit less clear is if this means RED is giving up on the idea of modular camera add-ons.

I see a few possible ways to read Jannard’s statement:

The first option seems the more likely of the two, since in a follow-up to his original comments, Jannard also hints that a new “pro camera version” of the phone will be coming out soon.

But he also describes the original RED Hydrogen One as “obsolescence obsolete,” indicating that there will be some sort of software and/or hardware update coming to the first-gen phone.

That’s about all Jannard will say publicly while the company is still finalizing the details and applying for patents.

If there is a new model coming out with better built-in cameras, a faster processor, or other upgrades, I suspect that won’t sit too well with customers who paid $1300 for a first-gen model. But I get the feeling there aren’t all that many of those customers out there… and at least Jannard is suggesting that the company has no plans to abandon support for its first smartphone anytime soon.