The Red Magic 6 is a smartphone with a 6.8 inch AMOLED display featuring a 165 Hz refresh rate, a Qualcomm Snapdragon 888 processor, and support for up to 16GB of RAM for select models.

Designed for mobile gaming, the Red Magic 6 launched in China earlier this month, but now Red Magic has announced that the phone will be available for pre-order globally on April 9, and it’ll be generally available starting April 15. Prices start at $599 or 599 Euros. 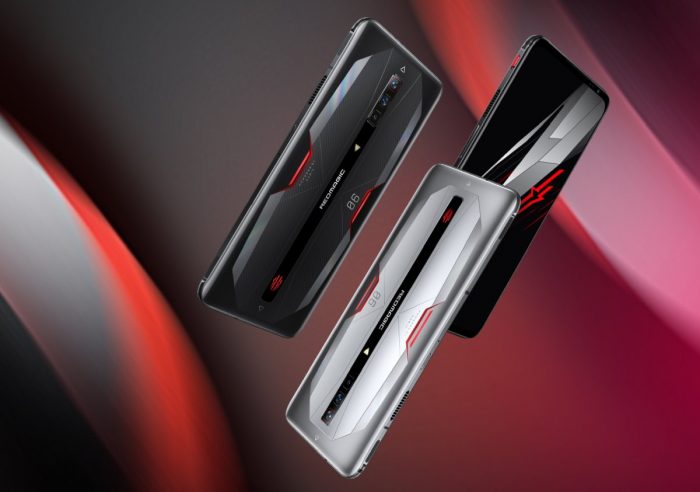 The starting price will get you a gaming phone with 12GB of RAM, 256GB of storage, a 5,050 mAh battery, quad cameras, support for up to 66W fast charging, a headphone jack, and capacitive buttons on the side of the phone that you can use while gaming.

The phone also features an active cooling system – in addition to an aluminum heat sink, graphite thermal pad, a vapor chamber, and copper foil covering the battery and a vapor chamber, the phone has a fan that can hit speeds of 20,000 RPM inside the case, making it one of the few smartphones to feature active cooling. Red Magic says it only hits audio levels of 28 decibels, making the fan nearly silent. But it’s still unusual to put moving parts in a smartphone.

Red Magic’s phones also include DTS Ultra X sound, a 3-microphone array, support for DisplayPort 1.4 output (via USB-C), and an RGB LED light strip on the back of the phone.