Red Magic’s latest smartphones for gamers have air capacitive air trigger buttons on the side, an active cooling fan to keep the system from overheating, and Qualcomm’s new Snapdragon 888 processor and up to 12GB of RAM.

The Red Magic 6 also has a 6.8 inch AMOLED display and bezels slim enough for a screen to body ratio higher than 91 percent. The display has a screen refresh rate of 165 Hz, and touch sample rate of up to 500 Mhz. And if you need another beefy spec, the phone also supports 66 watt fast charging.

Want more? There’s a Red Magic 6 Pro model with support up to 16GB of RAM and 120 watt fast charging, which the phone’s makers say can fully charge the phone’s 4,500 mAh battery in just 17 minutes. 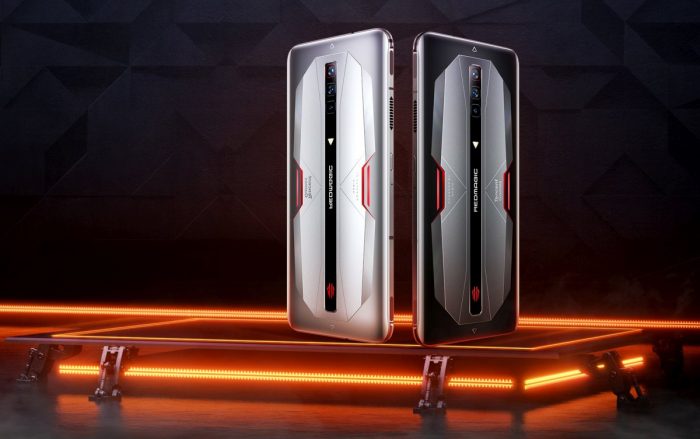 While the phones have displays with super high refresh rates, they’re not super high resolution. At 2400 x 1080 pixels, the 6.8 inch displays pack about 387 pixels per inch. While that may exceed Apple’s original definition of a “Retina” display for smartphones, it doesn’t exactly put the phones at the head of the pack in 2021.

Interestingly the cheaper model has a slightly larger 5,050 mAh battery. I suppose that if the company were to have used the bigger battery on the pricier model, then it would take longer to charge. The phone would also be a tiny bit thicker.