Nubia’s Red Magic Mars 3S  is a gaming smartphone with a Qualcomm Snapdragon 855+ processor and plenty of features designed to appeal to mobile gamers including a 90Hz AMOLED display, a 5,000 mAh battery, front-facing stereo speakers, and built-in shoulder buttons.

But the weirdest thing about the phone may be that it has something commonly found on gaming laptops, but not phones: a cooling fan.

The Red Magic Mars 3S went on sale in China a few weeks ago, and now Nubia has announced that it’ll be available globally from redmagic.gg starting October 16th. 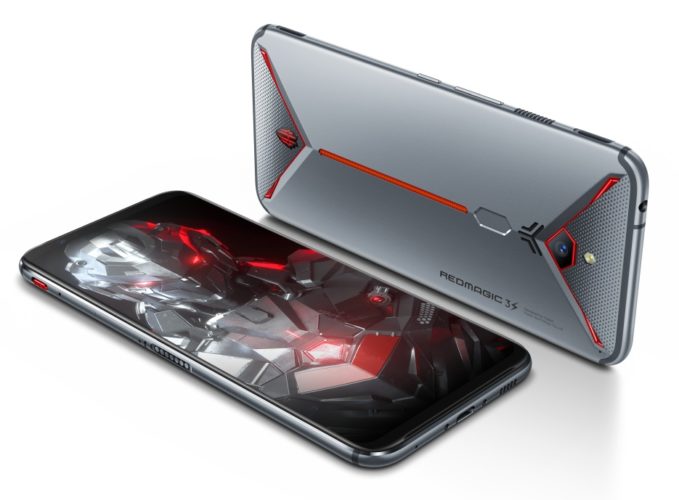 The smartphone is basically a minor update to the Red Magic 3 that launched earlier this year — the new model has a slightly faster processor (SD855+ rather than SD855) and faster storage (UFS 3.0 instead of UFS 2.1).

Most other features remain the same, including support for up to 12GB of RAM, up to 256GB of storage, 18 watt fast charging, a 6.65 inch FHD+ display, and a cooling system that uses both a fan and liquid cooling to keep the phone’s temperature steady while you game.