The commercial version of the phone is set to begin shipping in October, when RED will send Hydrogen One phones with aluminum bodies to folks who pre-ordered one for $1,295.

The plan had been to begin shipping the $1,595 titanium version next… but RED founder Jim Jannard has posted a message in the company’s user forum explaining that the first manufacturing run of the titanium version was “a disaster. All fail.”

So the company won’t be shipping that model anytime soon. 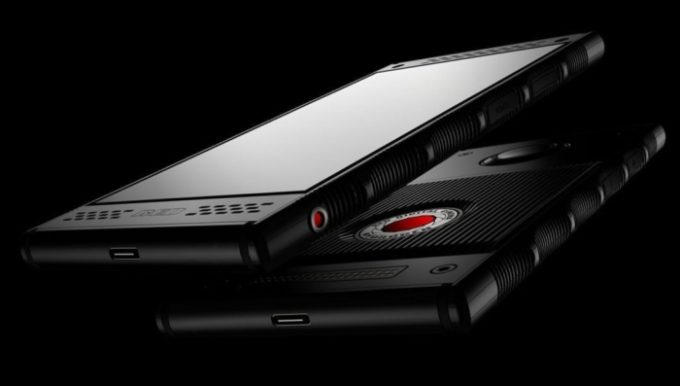 In other words, folks who pre-ordered the titanium version will eventually get two RED Hydrogen One phones for the price of one.

That said, there’s no word on how long it will take for manufacturer to work out the kinks with production of the titanium edition. So some of the phone’s hardware may start to look a bit dated by the time it’s ready to ship. Arguably it’s already a bit late to be selling such an expensive phone with a Qualcomm Snapdragon 835 processor.

That said, the RED Hydrogen One is unlike any other phone currently on the market. It has an unusual design with kevlar panels and textured edges to make the phone easier to grip, support for modular accessories such as optional camera lenses.

Other features include a 4,500 mAh battery, a USB Type-C port, a microSD card slot, a headphone jack, and stereo speakers.

The aluminum edition of the phone should go up for order in November for folks that didn’t get a chance to place a pre-order when that option was available.

One reply on “RED Hydrogen One Titanium edition delayed indefinitely*”