RED’s first smartphone may not exactly be getting rave reviews for being a phone… but the RED Hydrogen One could eventually become part of the company’s larger ecosystem of high-end camera gear.

We’re still waiting for RED to start selling modular camera add-ons that will let you snap higher-quality photos with the phone itself. But it looks like soon you may be able to use the phone as part of a 3D video rig.

The company has posted a picture to Facebook showing the upcoming Lithium camera using a RED Hydrogen One as its viewscreen and control interface. 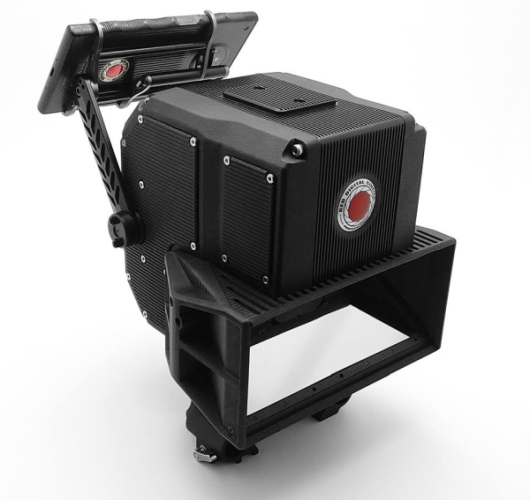 In this scenario, you’re not using the phone’s circuitry or optics to actually snap photos or shoot videos. But it gives you a touchscreen controller for the camera and, more importantly, you can use the glasses-free 3D display to get a sense of what you’re capturing in real-time.

According to Engadget, the RED Lithium camera is being built by Lucid, weighs about 6 pounds, and features two digital camera sensors and zoom lenses, among other features.

If you’ve been wondering why anyone would spend $1,300 on a phone from a camera maker that doesn’t even take particularly impressive photos at the moment, the RED Lithium camera could be one small answer to that question.